Then get your kids busy reading, building, and re-telling bible stories!  Check out The Beginner’s Bible, or another youth bible you have on hand, for an easy to use resource for kids.  This is a great way to build family time together and a great way to incorporate daily devotions into your kids learning.  Your kids will have so much fun interacting with the bible stories and building props and seeing the stories come to life!

Noah’s Ark is a great story to retell with Lego’s because just like your child building with blocks of different sizes, Noah was also a builder and he built a big boat with different sizes of wooden boards.  In addition to building the largest boat ever created, called an Ark, Noah was also a husband, a father, and the “ultimate prepper” and “homesteader” and he had to store feed and safely house and care for a huge amount of animals as well as his whole family for an entire year on the floating zoo-boat /house-boat called the ark.  The story of Noah and the ark can be found in Genesis 6, 7, and 8.    As they read the bible, kids will learn about the man called Noah, his faith in God, and also about righteousness, judgement of sin, and God’s plan to save a pure remnant of the human race that were willing to put their faith in him. 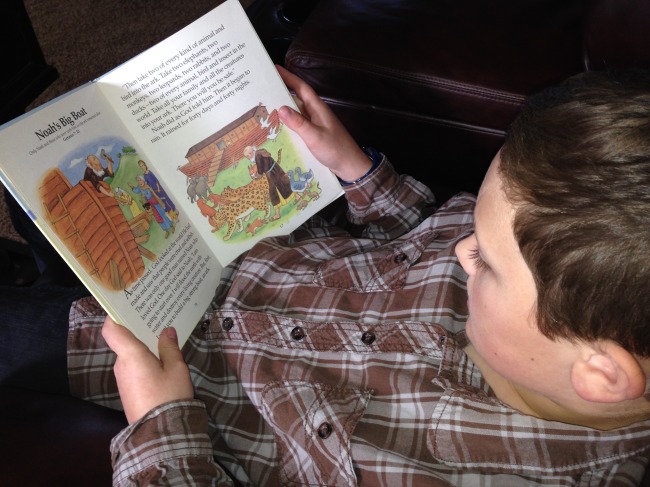 God told Noah it was going to rain, and it would become a flood that would wipe out every living thing on the earth.  Noah was instructed to build a big ark (boat) and he was given the blueprints with detailed instructions to create it.  He built different size pens inside the ark and he was given instructions to save two pairs of every wild animal, three pairs of every “clean” animal,  seven pairs of animals that were to be sacrificed, and to also save his family including his wife, three sons, and their wives, by loading them all onto the ark before the start of the worldwide flood. 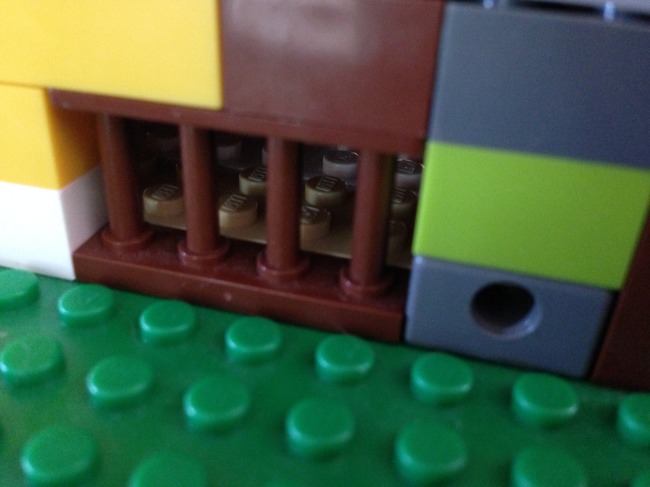 God told Noah that people had become evil and violent and he must cleanse the earth and wipe them out with the flood.  He could no longer stand to live with mankind and watch their evil deeds.   God caused the earth and sky to give forth water for 40 days and nights to flood the earth.  But God promised to protect Noah’s family and anyone righteous who had faith to believe in God.  God gave Noah the plan.  He gave him the specific dimensions, told him what wood to use, and how to build it and save his family and the animals.  His sons helped him build the ark, but the rest of the world mocked him as he worked and preached and did not help him.

Noah preached and preached to the people about God and the coming flood, but no one believed him and they did not turn from their wickedness and did not worship God. They had never seen rain or a flood before.   They did not care about doing right.  They did not turn away and repent of their wicked sins.  They did not want to trust that Noah had heard the truth from God.  They thought Noah was out of his mind to believe a God they could not see, and believe in a flood and rain that had never happened before, and work so hard to obey God and build a big boat. 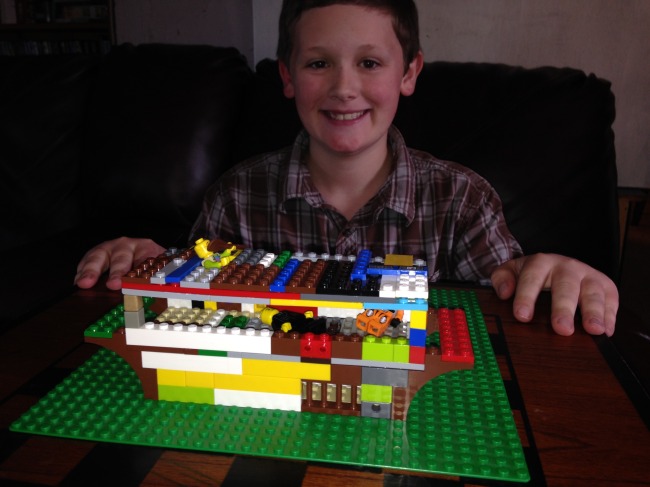 If you don’t have Lego’s on hand, make your boat with paper, or other recycled materials you have on hand, or use other toys your kids might have in their collections.  Besides building a boat, they might have mini characters, and animals, trees, etc. they can also use.  Perhaps they can also create items to represent the weather changes, the flood, and make a rainbow too.   You can use as many props as you want to add to the effect of retelling the story.

Another wonderful way to use this learning opportunity is Language Arts (have the kids read, re-write the story), Science (weather, engineering, physics), Arts and Crafts (create Noah’s Ark themed art and craft projects), Math (how many legos?,  build to scale, use grid paper and draw their own blueprints to scale, etc), Geography (draw or color a map of where Noah was from and where the ark landed), Movie Making (use props and make stop motion animation), Unit Study and LapBook, and have the kids Share their project with Grandparents, Neighbors, and Sunday School class too.  There are lots of ways this method of learning can be used and incorporated into your curriculum.

Your kids will really enjoy this activity.  In addition to building up their faith as they read the bible, kids can relate in a hands on way as they put the story in action and retell the story with their own mini-size boat.

Here are a few Noah and the Ark themed videos we found:

Noah and the Ark Bible Story Animated by Beginner’s Bible

If you don’t have a printed copy of the bible, check out Bible Gateway for a digital online version.  You can read it from your computer and your phone and digital reading devices.

You can choose from several languages and several versions to use.   They also offer free bible studies and a free verse of the day they will email you if you desire.