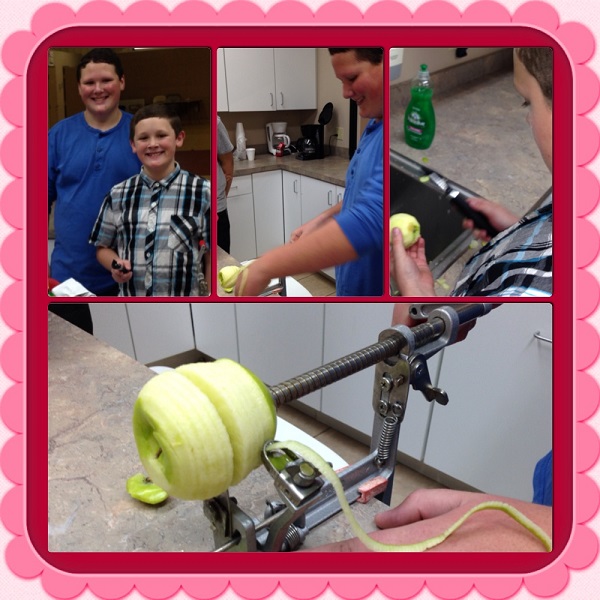 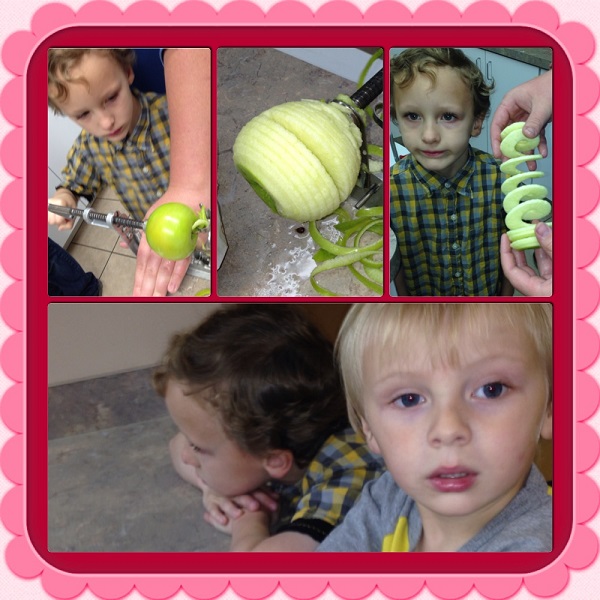 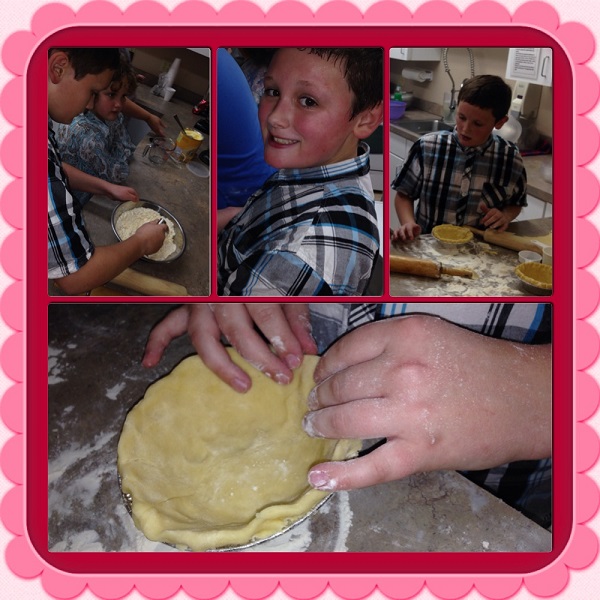 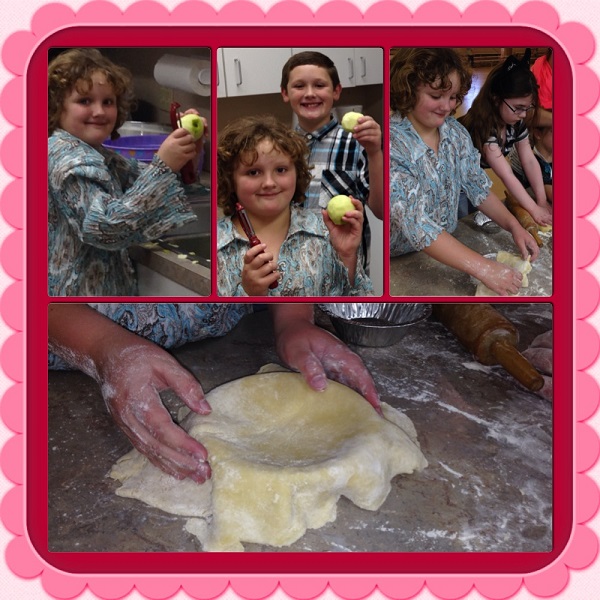 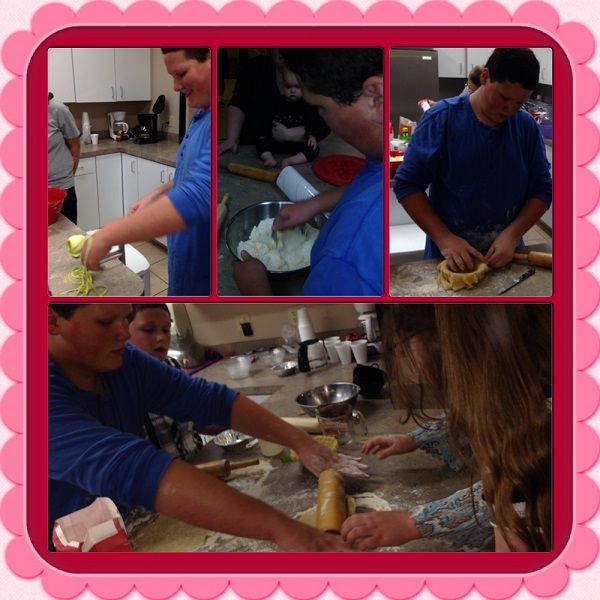 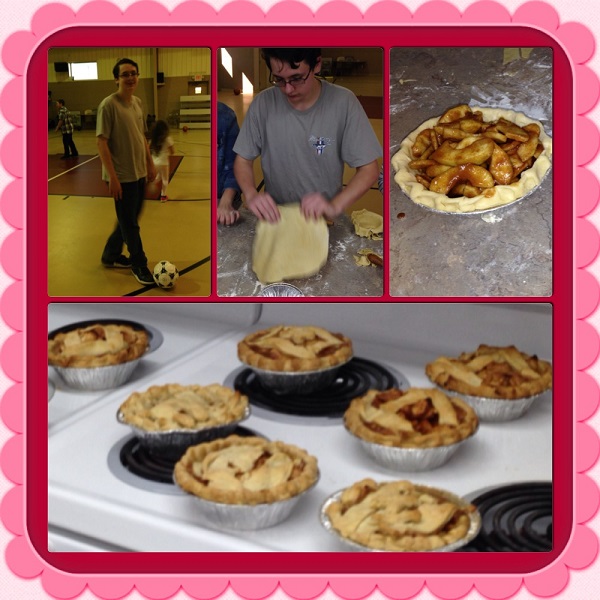 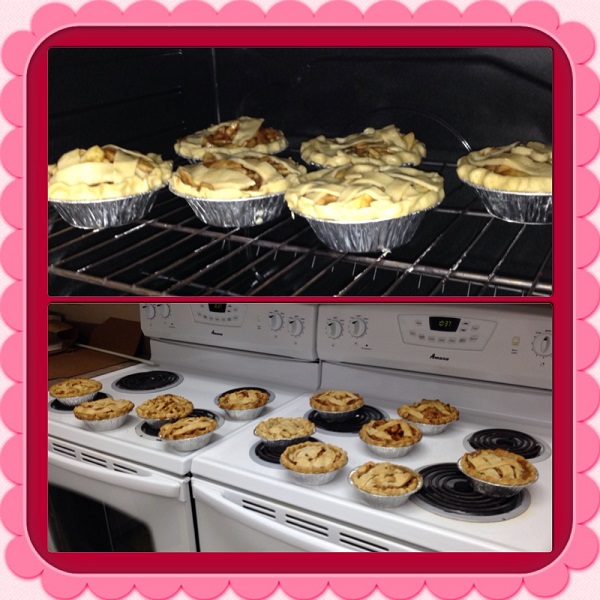 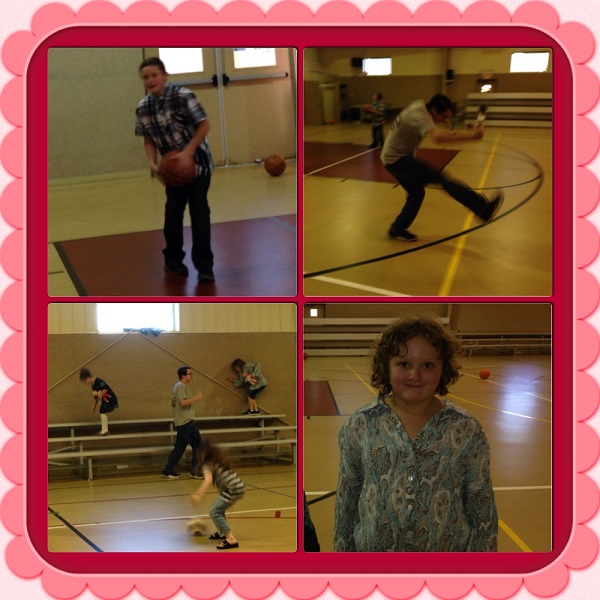 Creating personalized seasonal art is a great activity to do as a homeschool project. We participated in this project for homeschool coop. My kids had a blast learning how to make Fall Tile Art and will treasure these creations for many years to come. 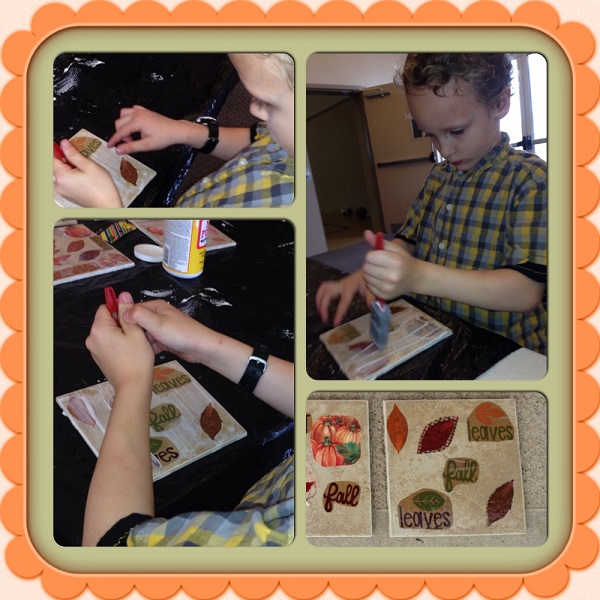 To make the Fall Tile Art project, you will need to cut out pictures with a fall theme. This is fun for kids to do and gives the project a personal touch because they chose their own special pictures. We cut out our pictures from fall themed paper bags, but you could also use magazines, wrapping paper, or print them off the internet, etc. You will also need ceramic tiles, modpoge, small felt cushions that stick on one side and are soft on the other, and a sealant. 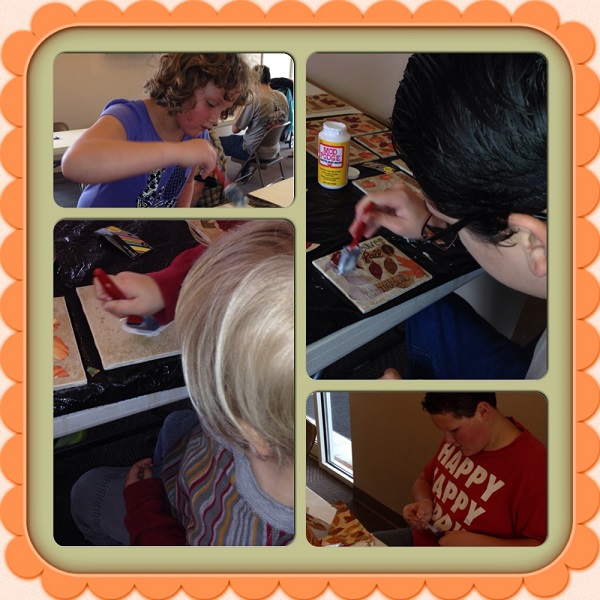 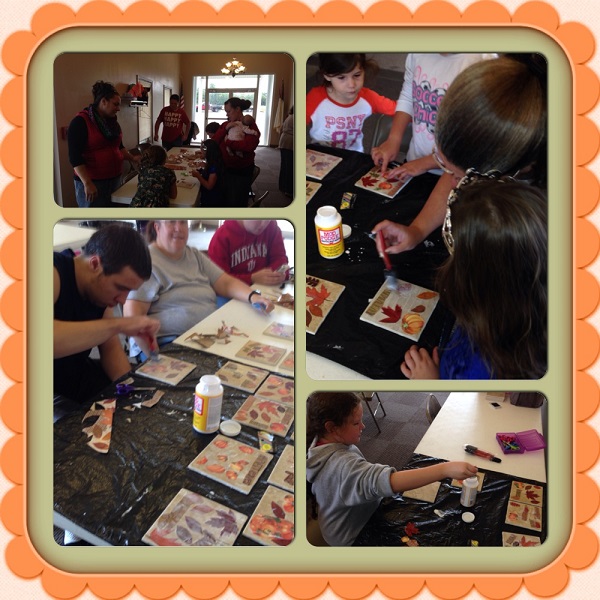 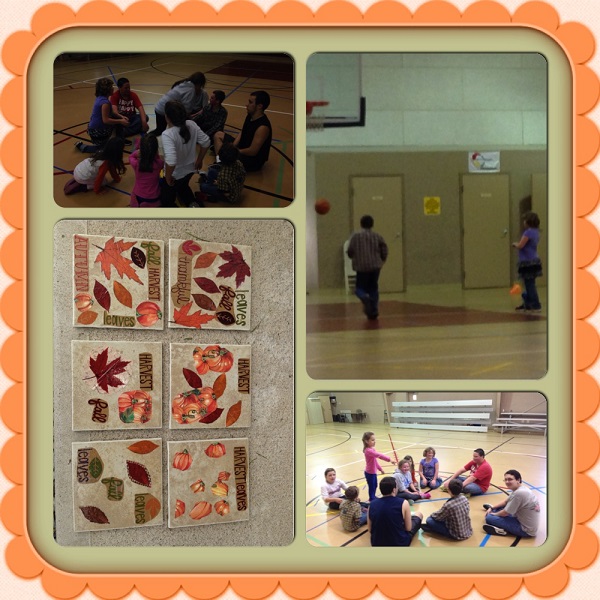 When the tiles were dry, we added small cushions to the four corners of the back side. The cushions are made of felt and are very soft.  If you don’t have cushions, you could glue or stick on a piece of felt too.  Finally we applied a clear spray sealant over the tile. For safety (breathing, etc), the sealant was sprayed onto the tiles by an adult outside in an open area. The sealant will help these masterpieces resist moisture and last a long time.

The tiles are lovely to display, and could be given away as wonderful homemade gifts too.   They can be used to decorate your home for whatever season you chose as your theme.  You can display them flat, or hung up.  The cushions on the bottom should help protect your furniture from scratches, or you could display these in a picture easle, plate display holder, or hang them on the wall.  To hang them on the wall you will need to ad a picture mount of some kind.  If you wanted to keep your expenses down, you could hotglue on a soda can tab as a picture mount and it wouldn’t cost but a few pennies for the hot glue you use.