We woke up last Sunday morning to a beautiful site.  SNOW! 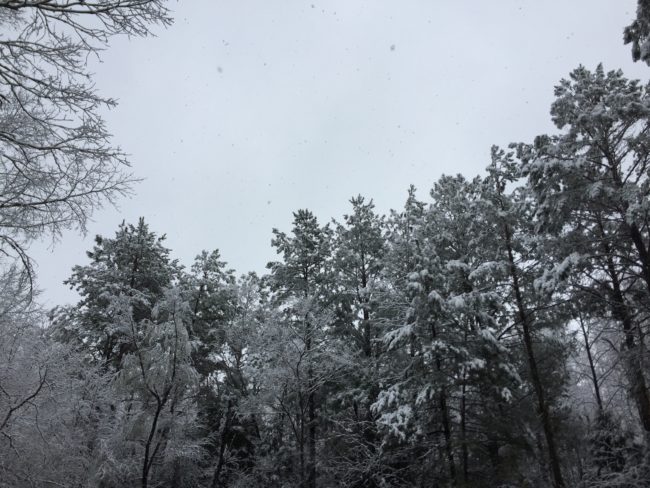 This was the first snow of any accumulation we have had all winter. The crazy thing is, it came after weeks of 70+ degree temps and things had already begun to bud and bloom for spring.  This was a total surprise! 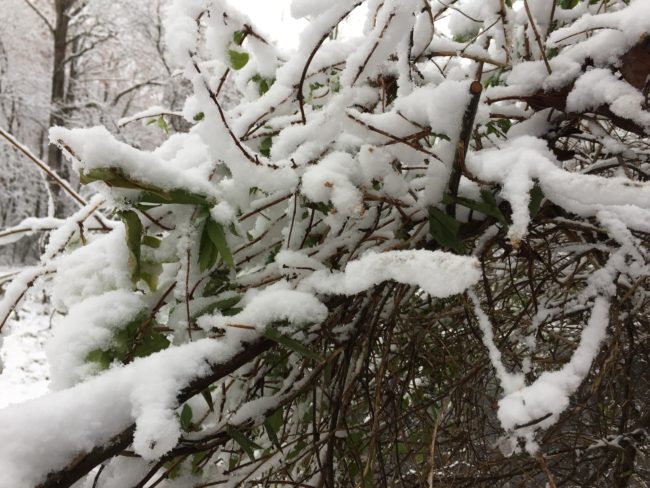 The snow flakes were huge!

And left us just enough material to create some snow structures! 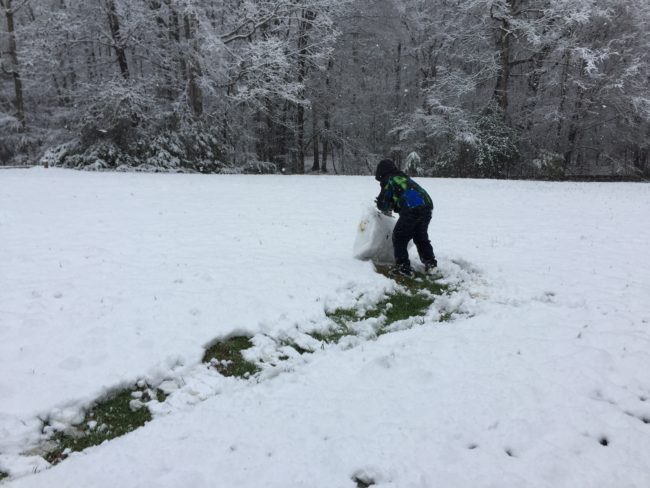 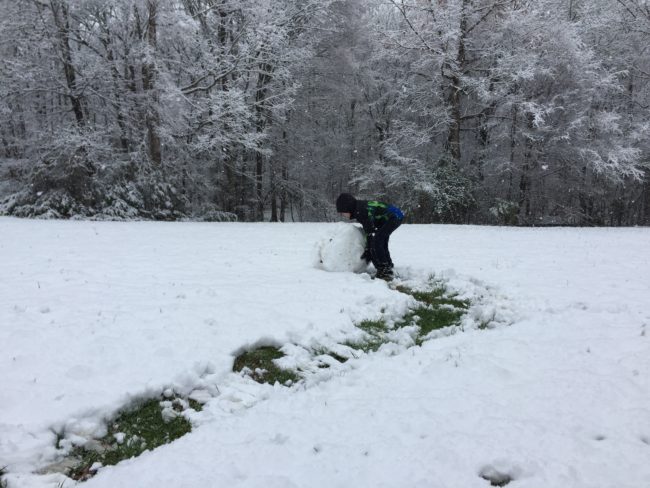 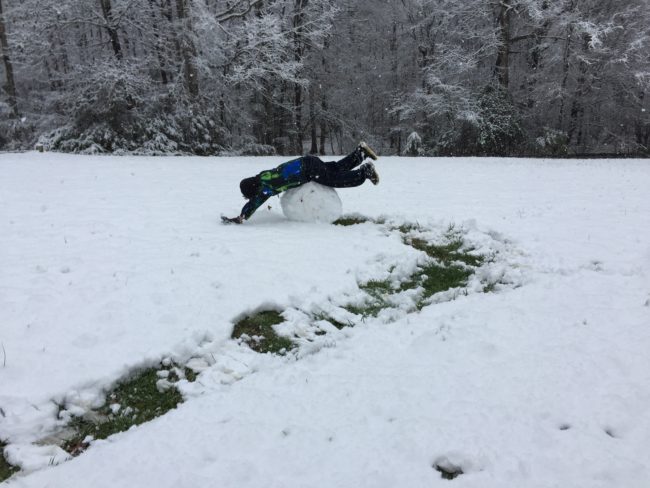 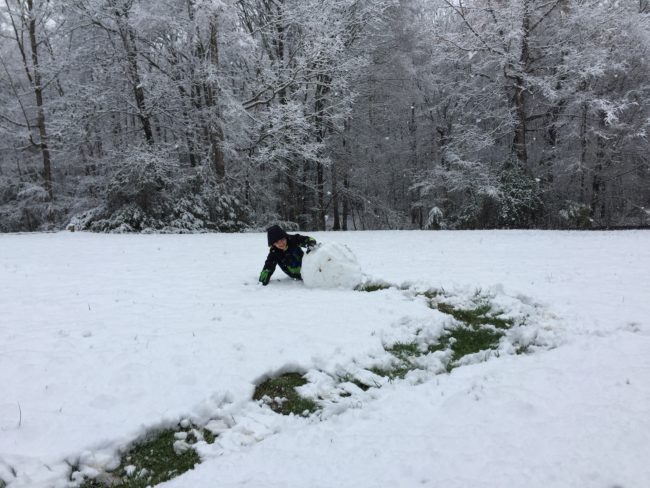 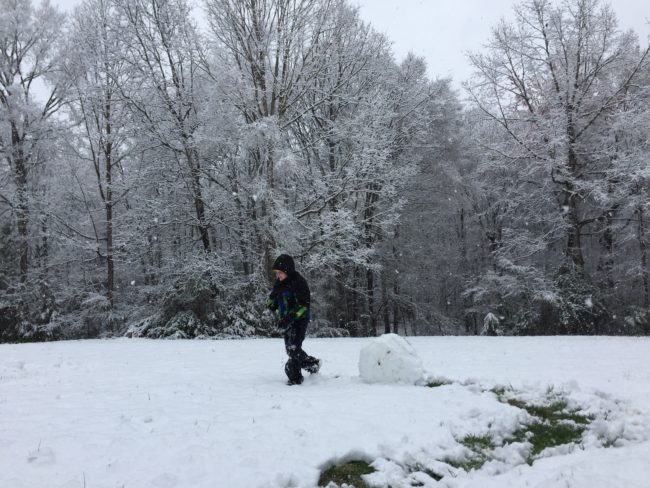 After a little bit of fun, it was time to get serious!  They began to build a wall.

And an opposing team formed and began to build a wall too! 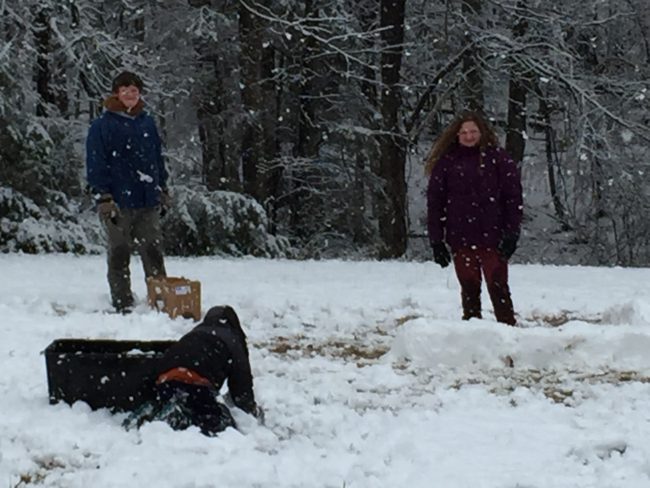 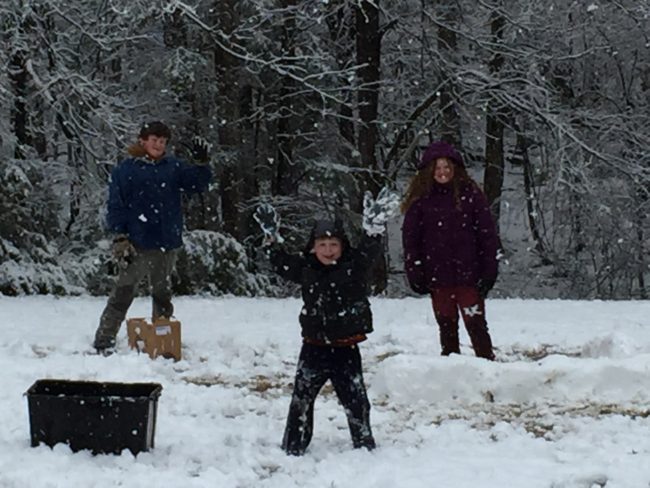 It soon became a race to see who’s fortress would be completed first. 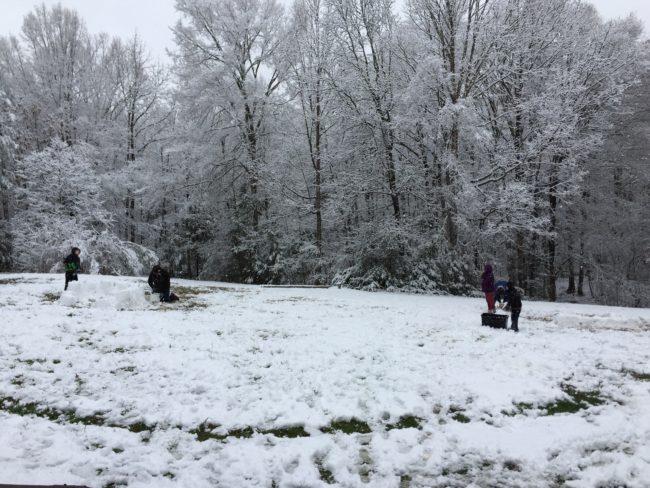 The victor in his fortress. 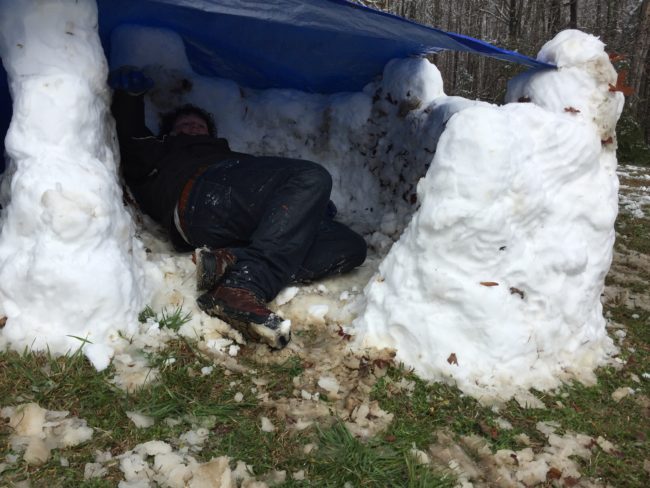 The other team still struggling to complete their fortress before the materials melt away. 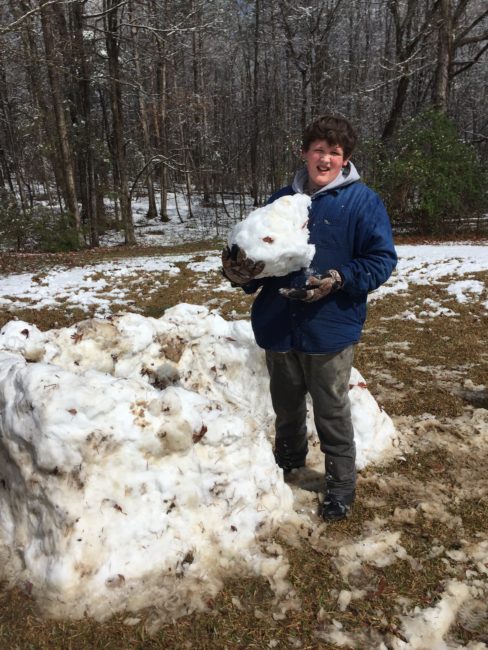 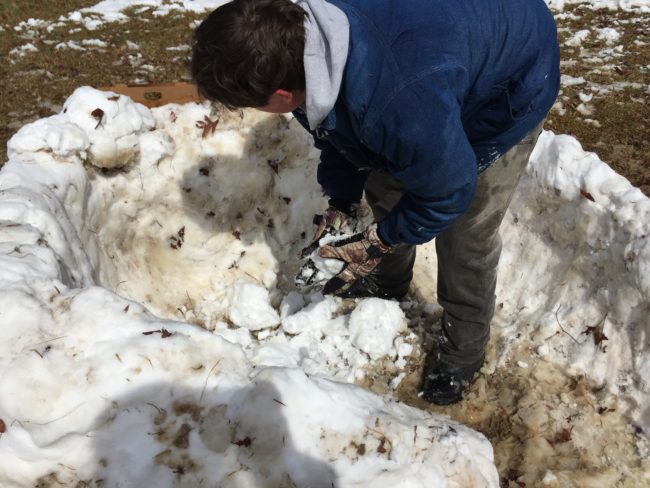 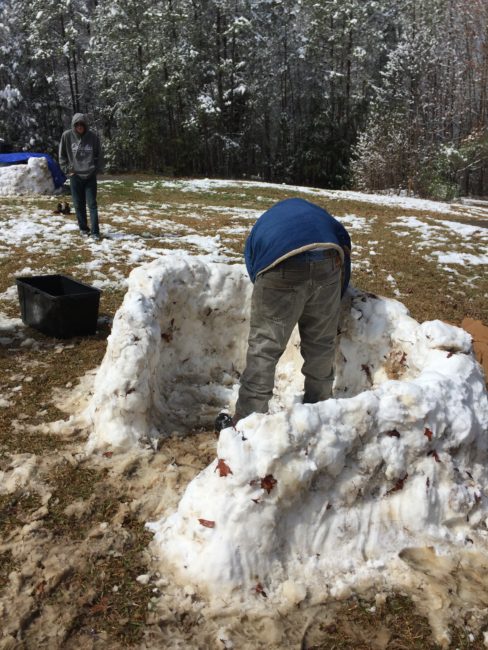 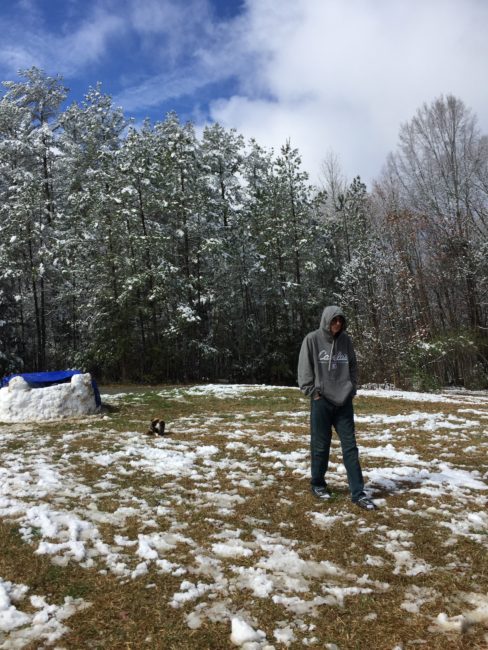 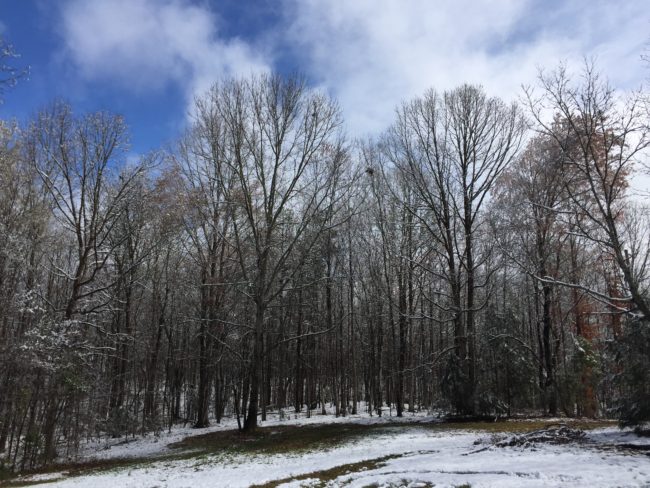 Soon a friendly snow ball went through the air and well… 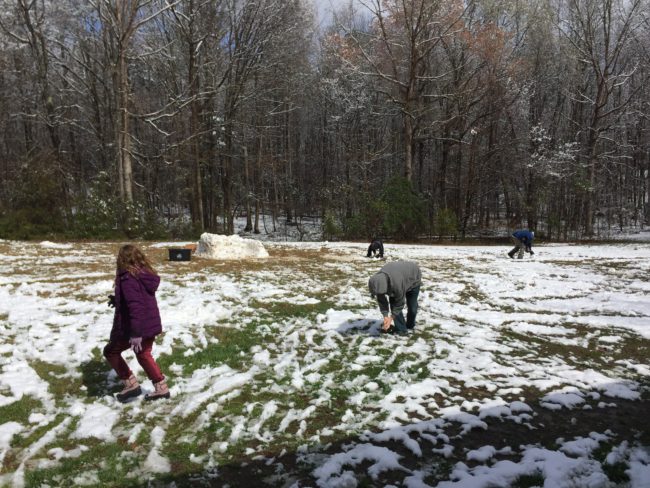 …all construction came to a halt… 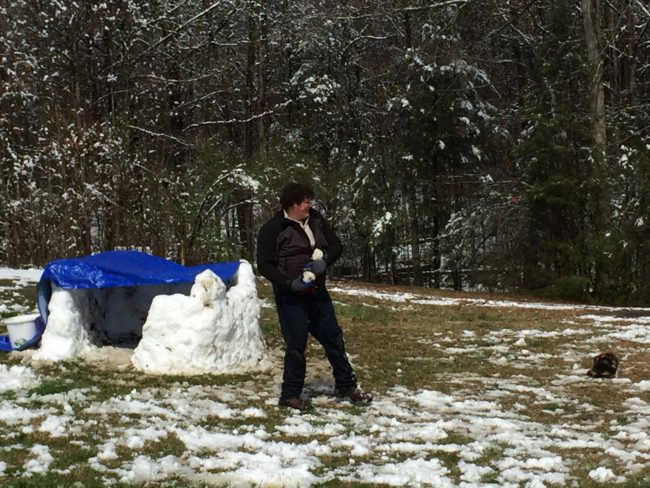 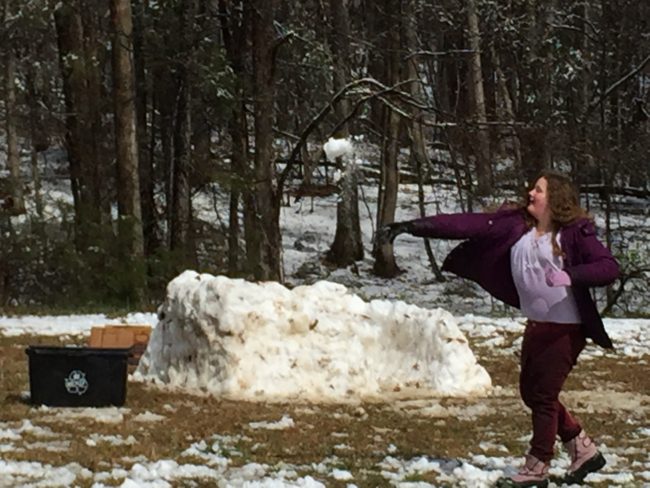 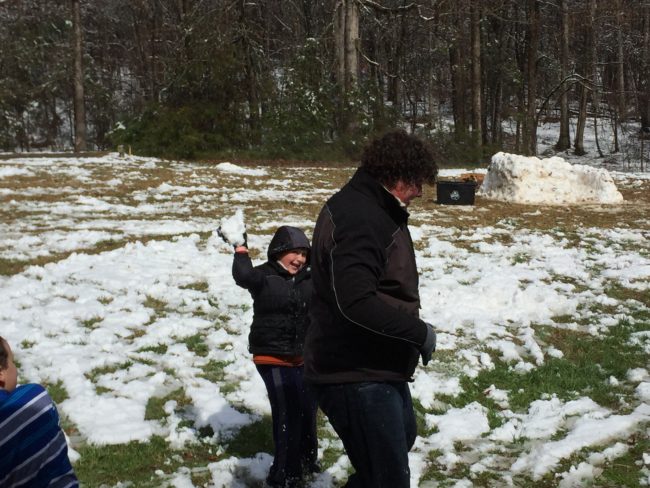 It was a fun morning in the fast melting snow.