I have an great movie to tell you about called Faith of Our Fathers from FishFlix.com.

Fish Flix is a wonderful family friendly company on a mission to bring you the greatest movies that inspire your faith at affordable prices.  They have hundreds of great movies to choose from.  Most of their movies are very affordable and priced between $5 and $20.   They have movies that appeal to everyone of all ages: Family movies, Kids movies, Action, Romance, Feature Films, Dramas, Christian History, Apologetics,  and more.  They offer free shipping on orders over $35 and they also offer a 10% off coupon for signing up for their newsletter. 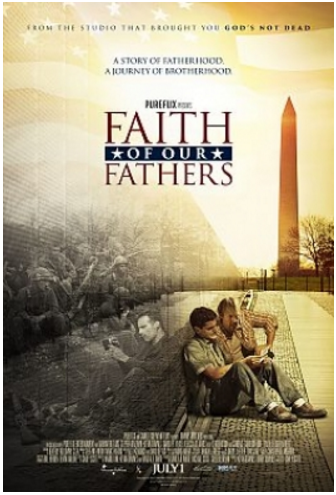 Faith Of Our Fathers

The movie takes place in both the past in Vietnam and the present in America, and connects them with a common thread as two sons try to find out what happened to their dads who were soldiers during the war.

Three men meet in the Vietnam War 50 years ago.  Two of the men had kids and a wife waiting back home for them and they wrote letters to their families.  Over the course of time, the two men formed a friendship on the battle field.   One man loved God and took his bible with him everywhere during battles.   Others on the squad were annoyed by his faith.   The other soldier was a strong fighter and didn’t know God and didn’t want to know God.   Both men formed a bond and in the end as one led the other to Jesus, they gave their lives for each other on the battle field.

25 years later, their grown sons, named Wayne (Robert AR White) and John Paul (Kevin Downs), are searching for answers.  Their paths cross when John Paul locates Wayne’s number in the phone book and calls him.  But Wayne refuses to talk to him.  John Paul travels across the country to meet Wayne who doesn’t want to meet, but finally gives in to the encounter by agreeing to share the letters for $500 a piece if John Paul will travel to the Vietnam Wall Memorial with him.  He had started on the journey to see the wall years earlier but was forced to stop because of a traffic accident that killed his mom and he had been to devastated to complete the journey.

On their journey, they have several problems and while John Paul turns to God regularly to solve his problems, Wayne doesn’t want anything to do with God and keeps screwing up his life. The dynamics between the two sons is very similar to the relationships of their fathers.  Along the journey they read the letters one at a time and the scene goes back and forth between Vietnam and the battle field, and the roads of America and problems / stresses they face in our culture.

They both eventually find peace and healing after meeting the third man, played by Stephen Baldwin, who was their dads’ Sargent in Vietnam.  He served with and was in charge of their dads.  He knew both men and saw their death.  He put in the missing pieces for them and encouraged them to complete the journey. He gave them a gift and his message of grace, and his kindness melted Wayne’s heart to receive the gospel.

All along it was John Paul planting the seeds of faith as he lived out his struggles in front of Wayne, but it was the third man who had known both their fathers that watered the seed with love and honor of their father’s memories, and as he shared his faith with them his message brought healing and caused that seed of faith to sprout in Wayne’s heart.  This is an awesome story of healing wounded relationships, faith in God, hope for a better tomorrow, and loving each other as we face battles both in war time and in our day to day living.

We absolutely loved this movie!  There are eight of us in our family and as you can see everyone took a spot on the couches or floor with blankets and popcorn for an evening of inspiring entertainment. 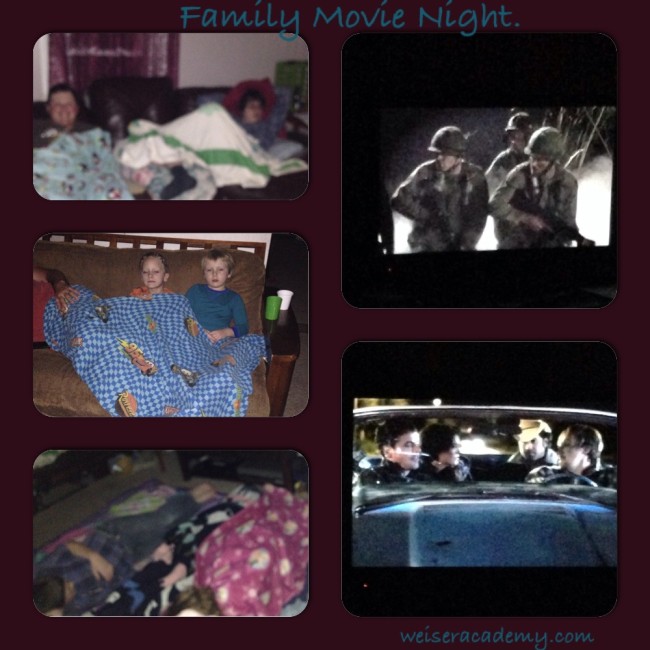 The older four children loved the movie.  The two youngest kids sat next to daddy and they fell asleep about half way through the movie as it was past their normal bedtime. 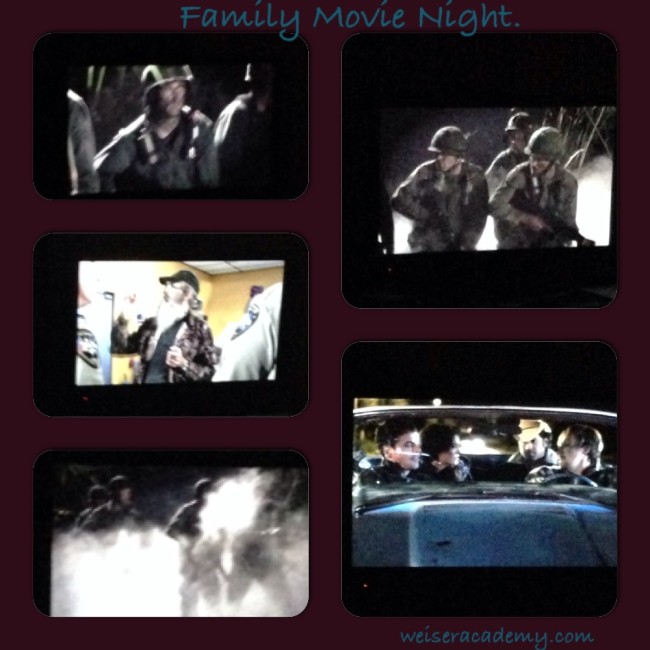 I can also see how this would be a great addition to American History studies, Cultural studies, and bible studies too.  We are Duck Dynasty fans and it was fun to see Si Robertson being his usual silly self acting as a store clerk in this movie too. Our whole family enjoyed this film and would recommend it for everyone.

Be sure to follow Fish Flix on their social media sites for all the latest news and updates.

Check out what other families on the Schoolhouse Review Crew had to say about using movies from Fish Flix in their homes.