I have enjoyed teaching courses to kids at homeschool get togethers, church, 4H, and parks for many years.  Sometimes these meetings are bible studies, other times they are classes held a local Homeschool Coops or Community programs.

On this day, I taught a Lego Adventures Bible Story class.   We had a great time of learning, activities, and growing our faith.   The kids learned about the fourth day of creation, when Father God created the Sun, Moon, and Stars.   They also learned a little bit about man’s attempts at space exploration, man’s theories about space, and the differences in asteroids and comets. 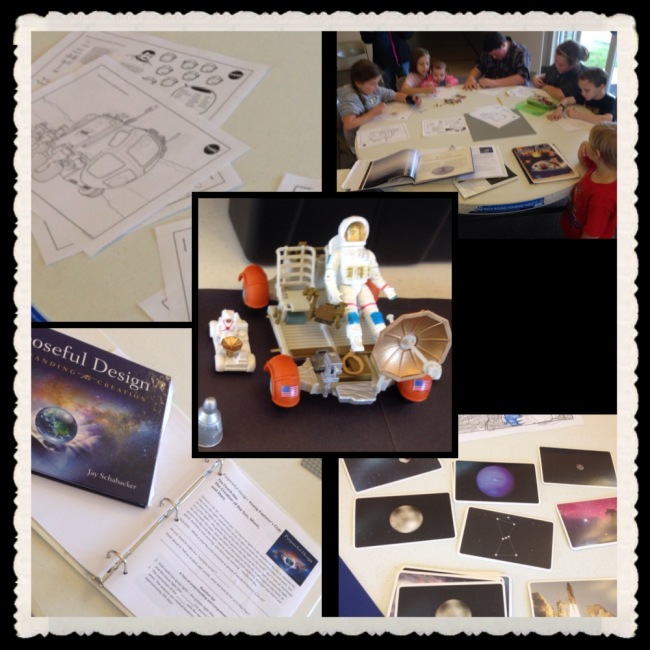 I used a wonderful book called Purposeful Design to teach this class.  I made a binder of lessons to go along with the book and also used a few printouts and coloring pages I gathered from free sources online.  For props to teach the class, I brought a bible, earth in space puzzles, space flash cards, lots of Legos, space exploration mini figures, and I made a space exploration discovery bin.  I brought enough items x 2 so that I could divide the class into two teams for a friendly competition too. 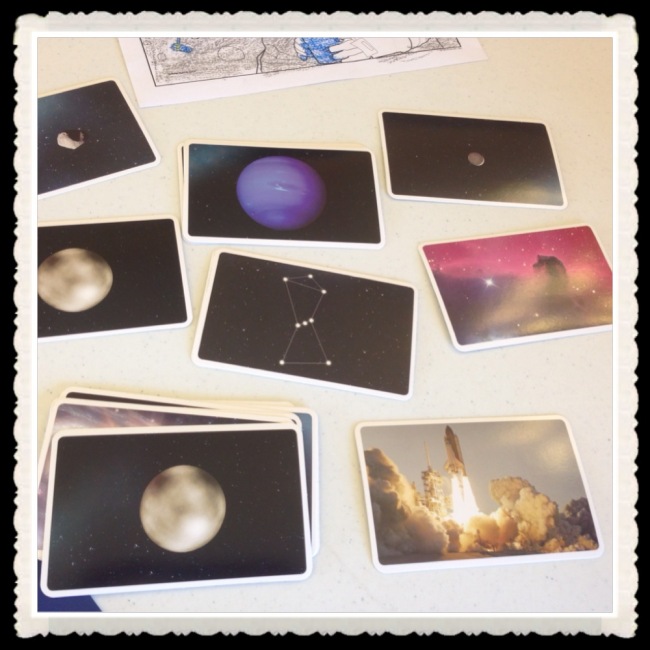 For our bible learning, we studied the fourth day of creation.  This is when Father God created the sun and moon and stars and put them in the firmament we call “space”, and created time and seasons (seasons are not just a change in the weather, but God designed them to be special appointments with Father called seasons when we have special feasts known as holidays or holy days) on the earth.

“God said, “I command lights to appear in the sky and to separate day from night and to show the time for seasons, special days, and years. I command them to shine on the earth.” And that’s what happened. God made two powerful lights, the brighter one to rule the day and the other to rule the night. He also made the stars. Then God put these lights in the sky to shine on the earth, to rule day and night, and to separate light from darkness. God looked at what he had done, and it was good. Evening came and then morning—that was the fourth day.” Genesis 1:14-19

The kids learned several vocabulary words and terms.  I provided them with crossword puzzles, question and answer sheets, and coloring pages that related to their vocabulary words. 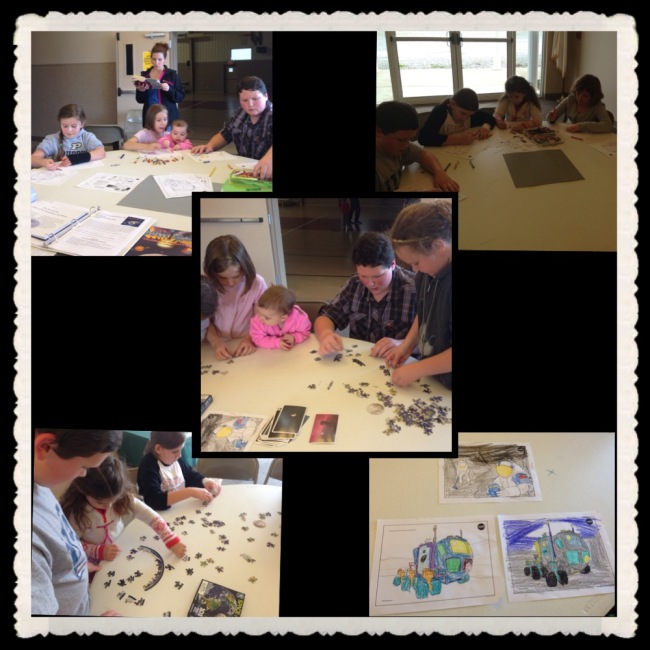 We divided into two teams.  Each team was given the exact same team kits.  Each kit contained, an Earth in Space puzzle, space exploration props, black construction paper, and a box of random Legos. 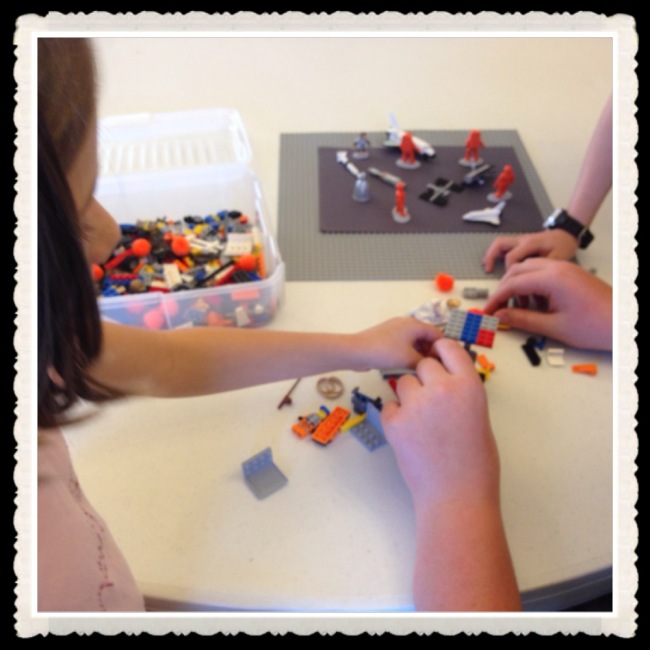 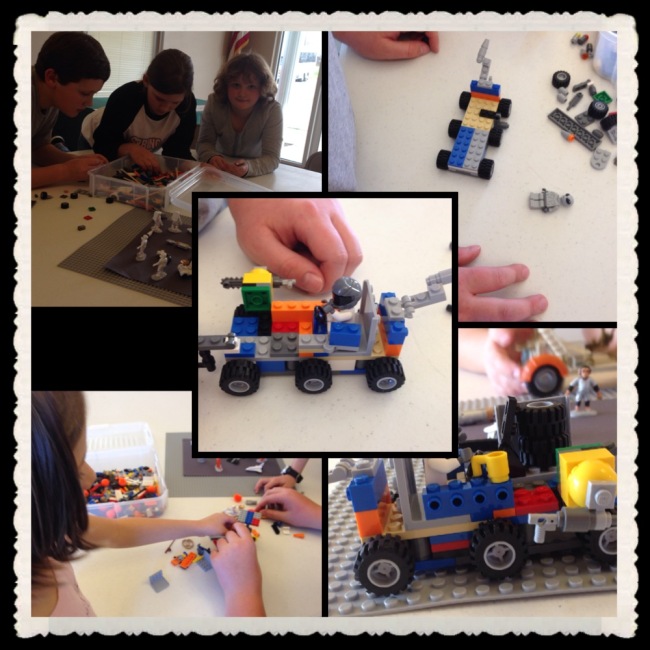 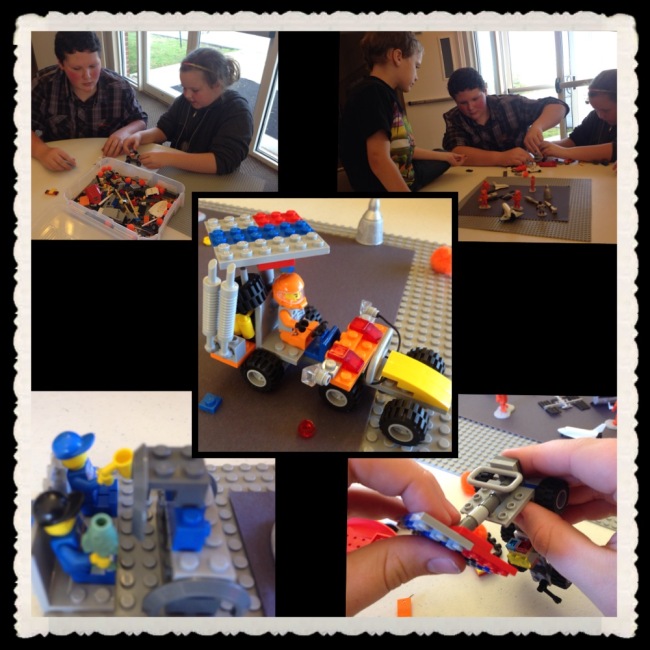 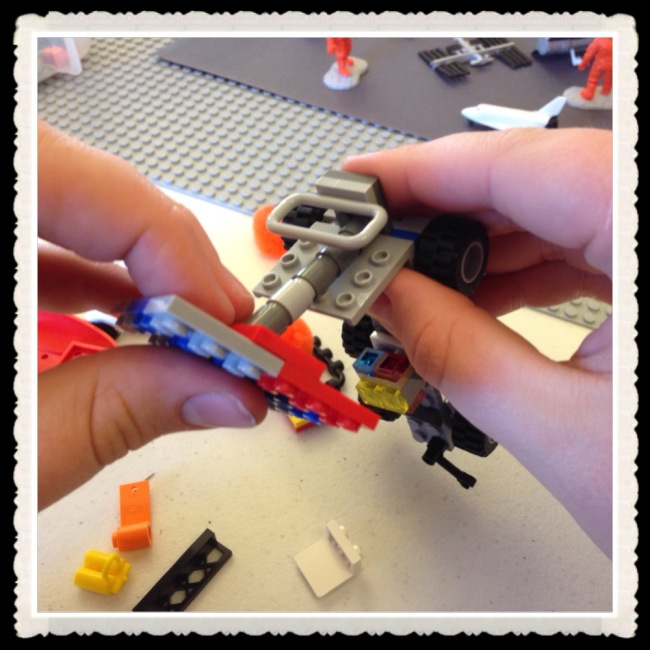 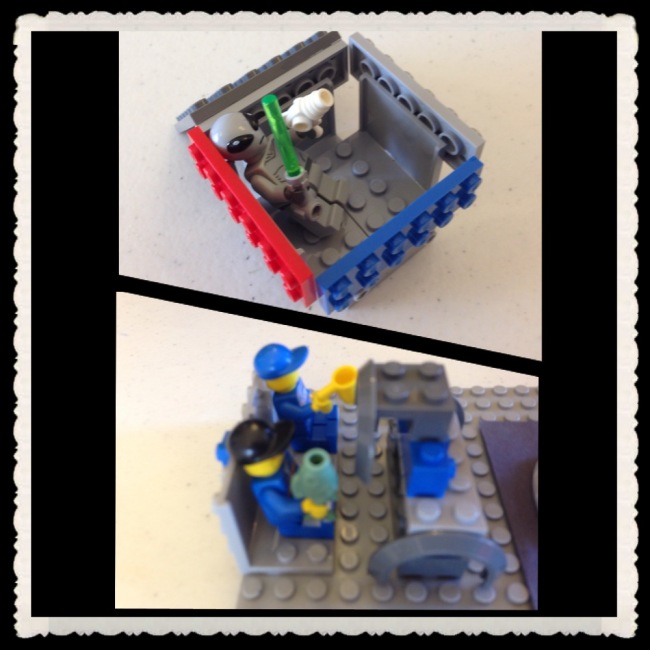 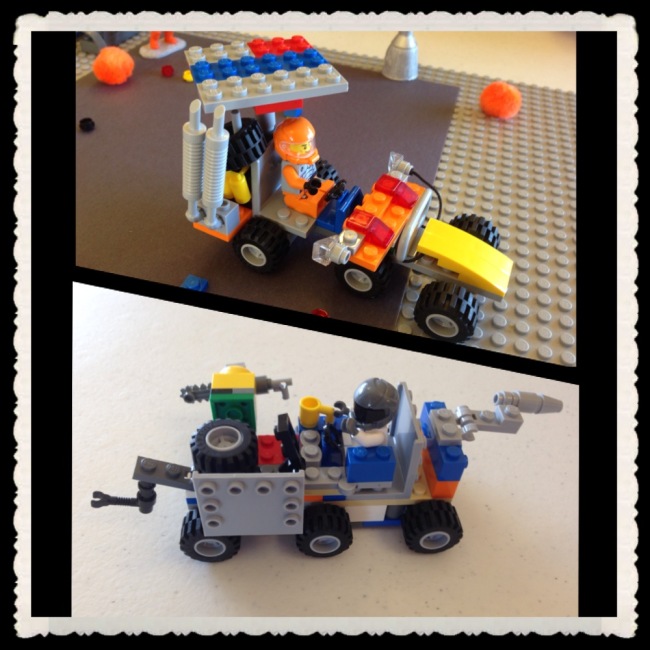 At the end of the competition, we had a time of “Show and Tell” where each team gave a brief explanation of what they created and how it would be used based on what they had learned. 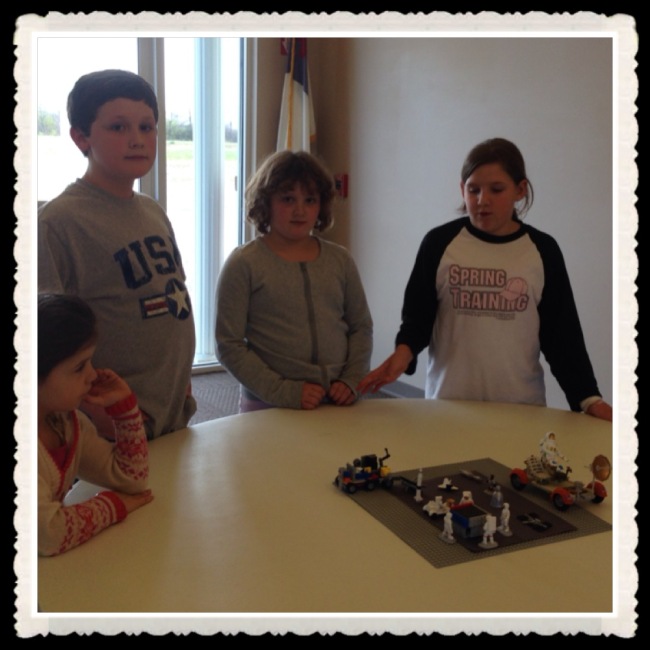 After our lesson, we went outside for some friendly games. 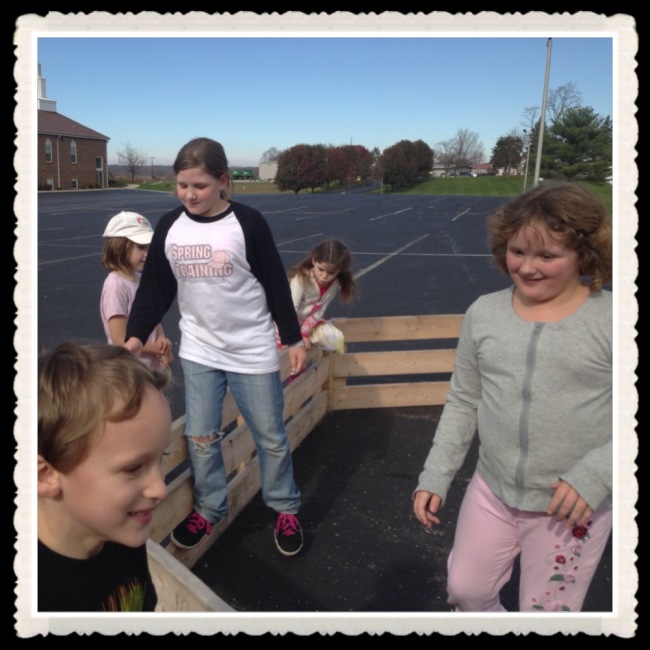 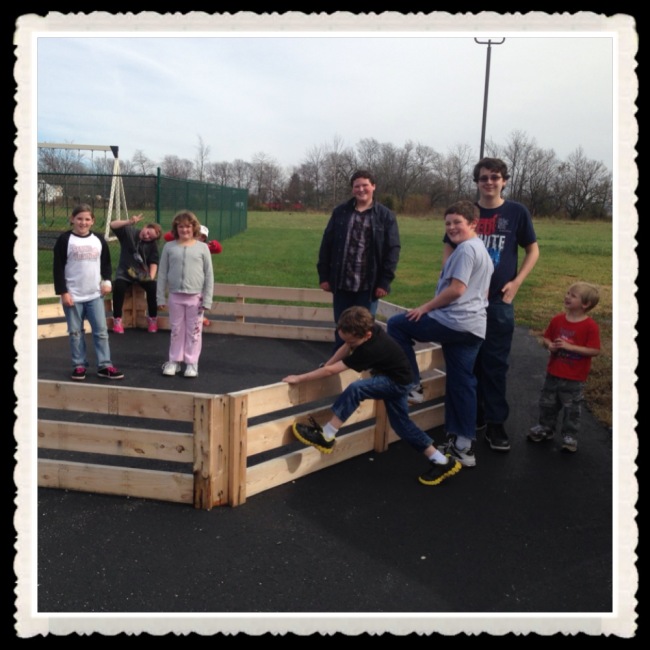 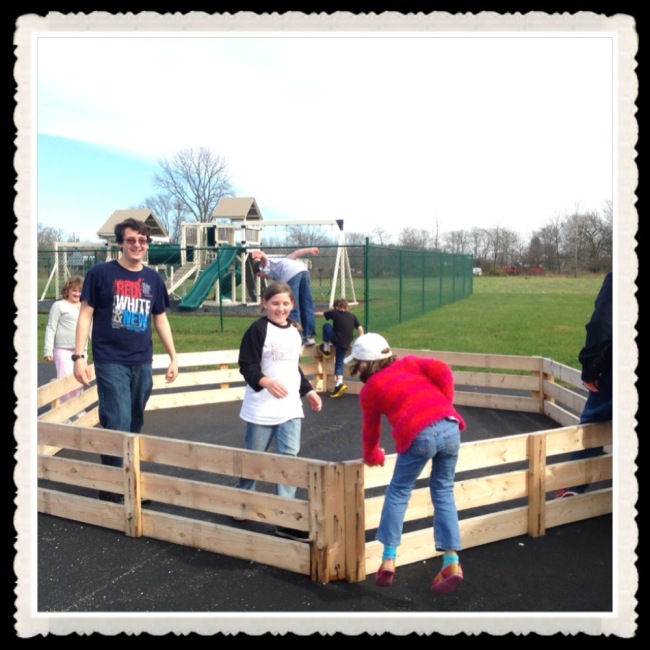 It was a great time and the kids had a lot of fun. 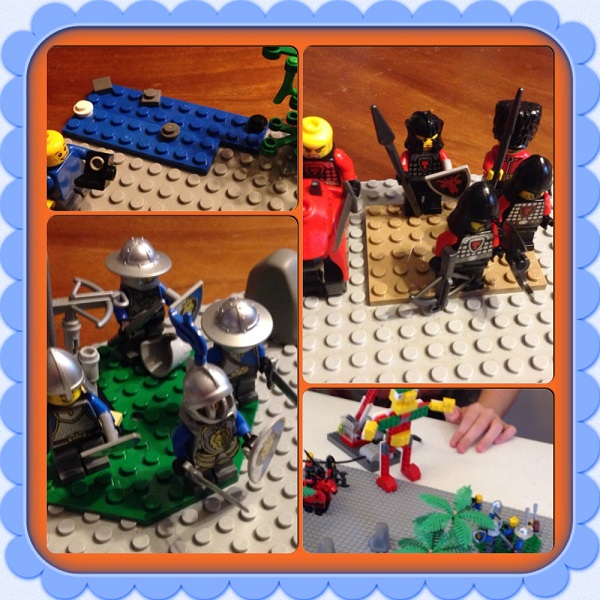 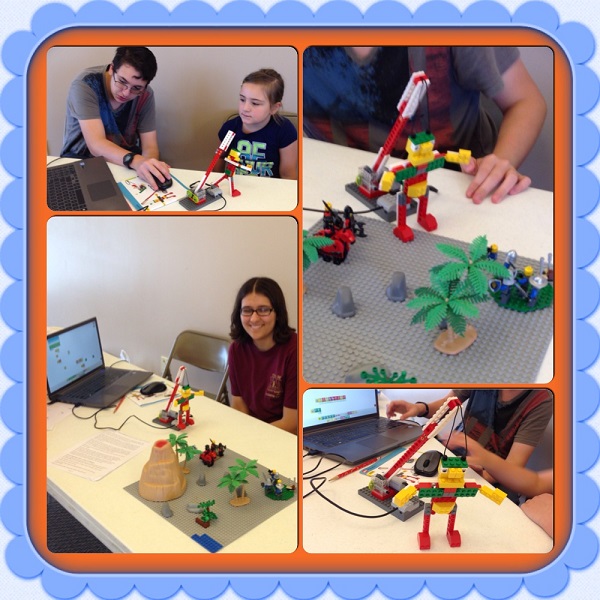 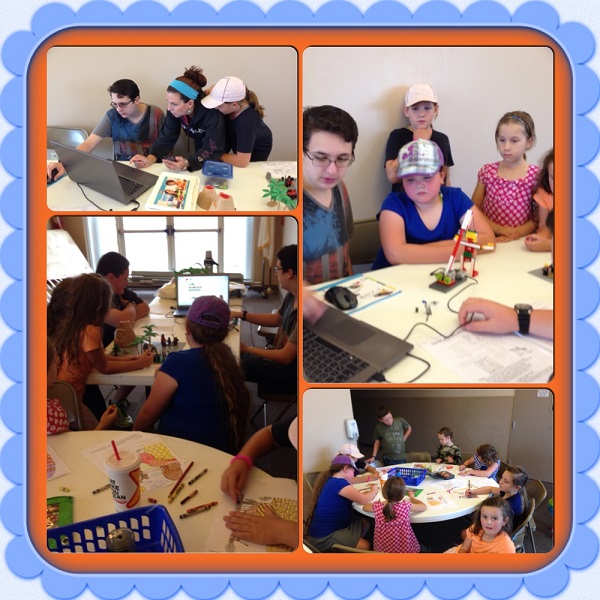 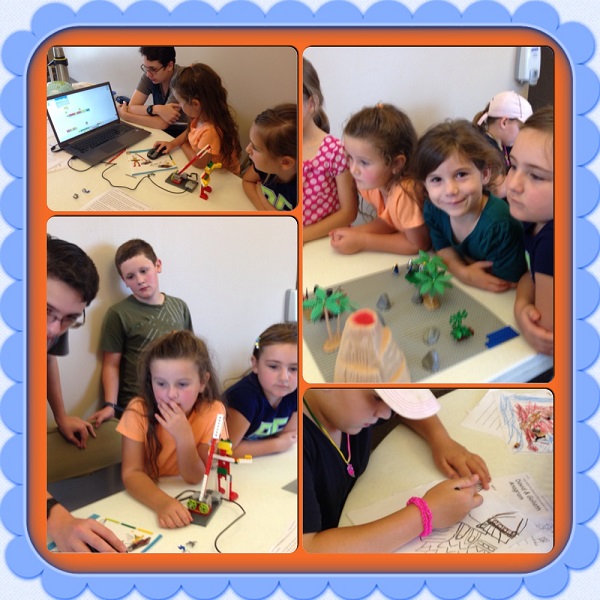 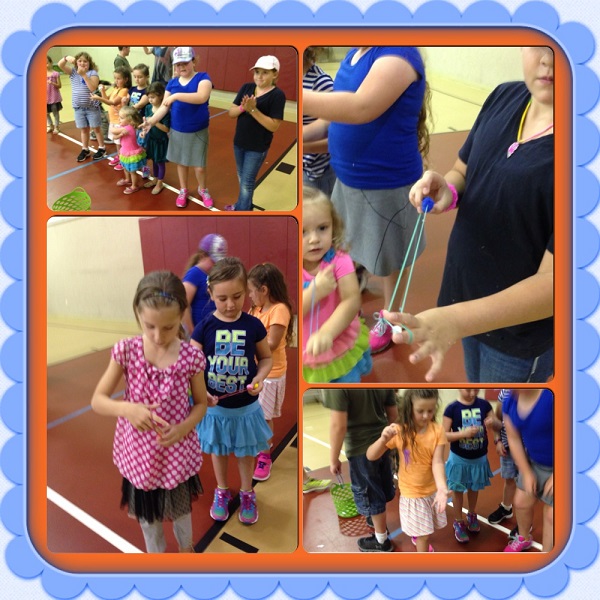