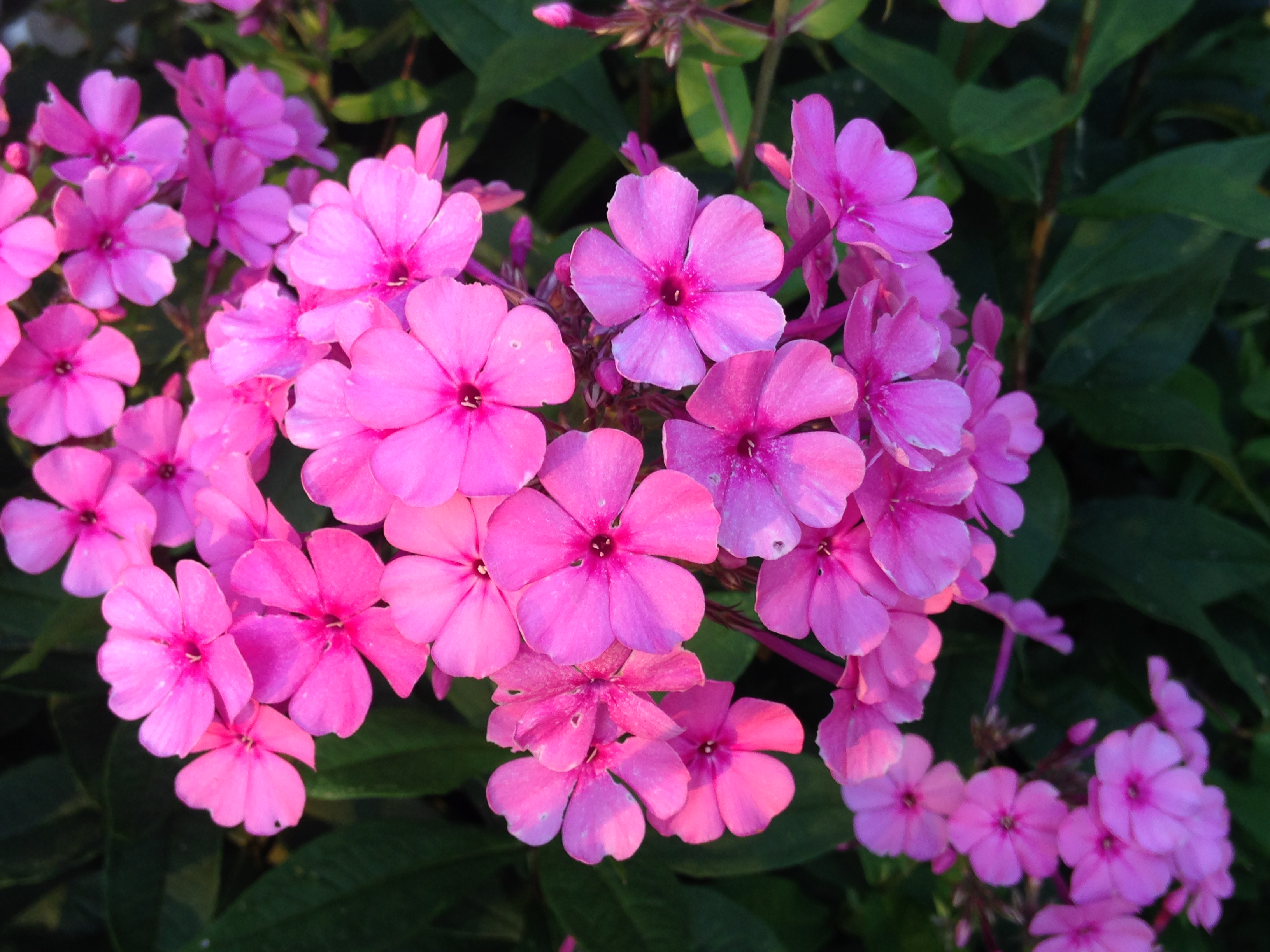 I hope you all have a wonderful July 4th Holiday with family and friends!  I am thankful today for my freedoms and liberty.

My family is enjoying a fun day at home together celebrating the 4th and the start of a three day weekend with daddy.  We have played games, tossed the ball, rode bikes and scooters, 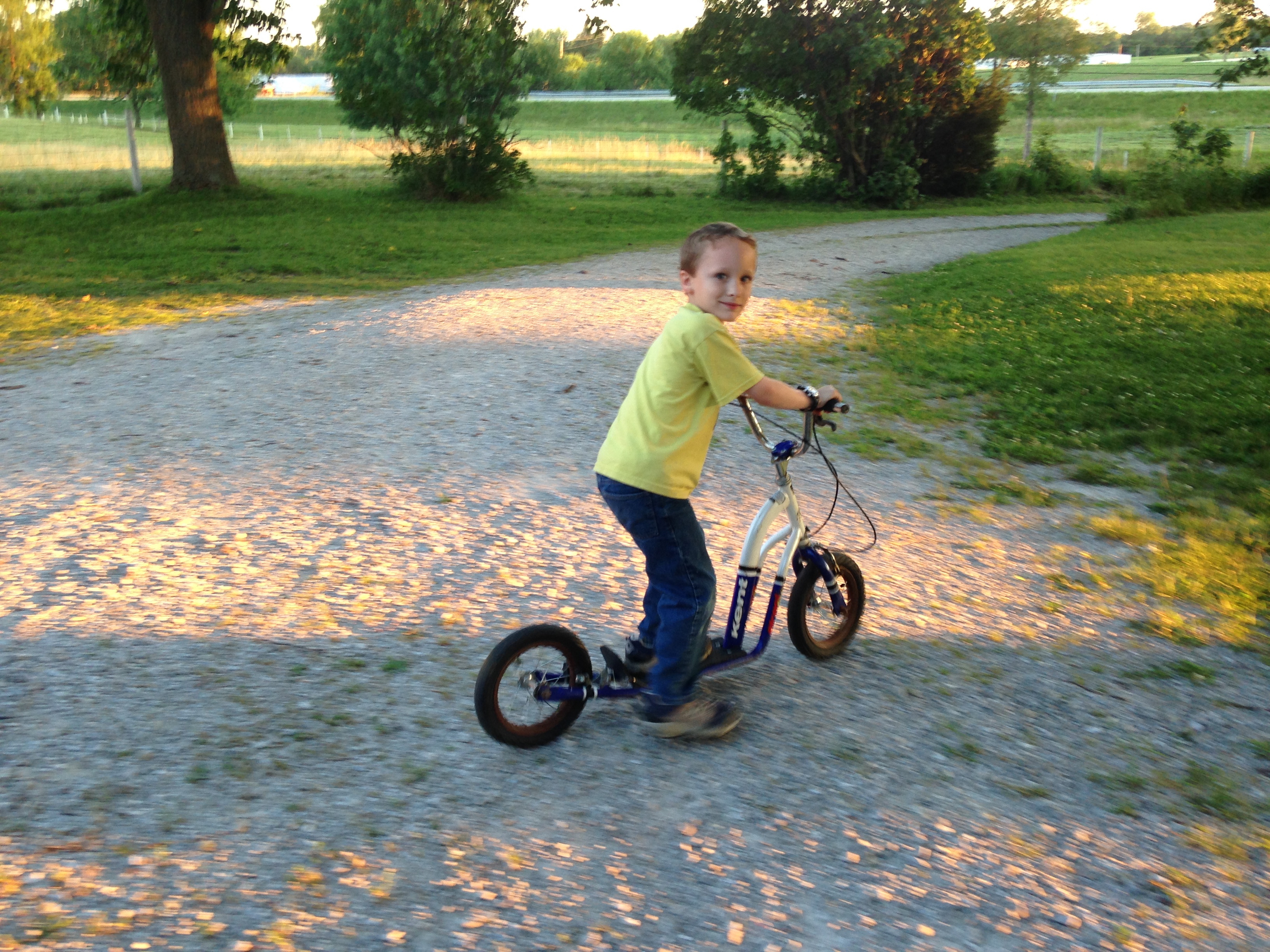 watched two movies on TV (the older boys watched an Indiana Jones movie, and the whole family watched RED2 with Bruce Willis who plays a retired special agent and is on a mission to protect the USA and the world from weapons of mass destruction, and it was hilarious!  We saw RED last year and it was just as funny), played on the computer, and swam in the pool today. 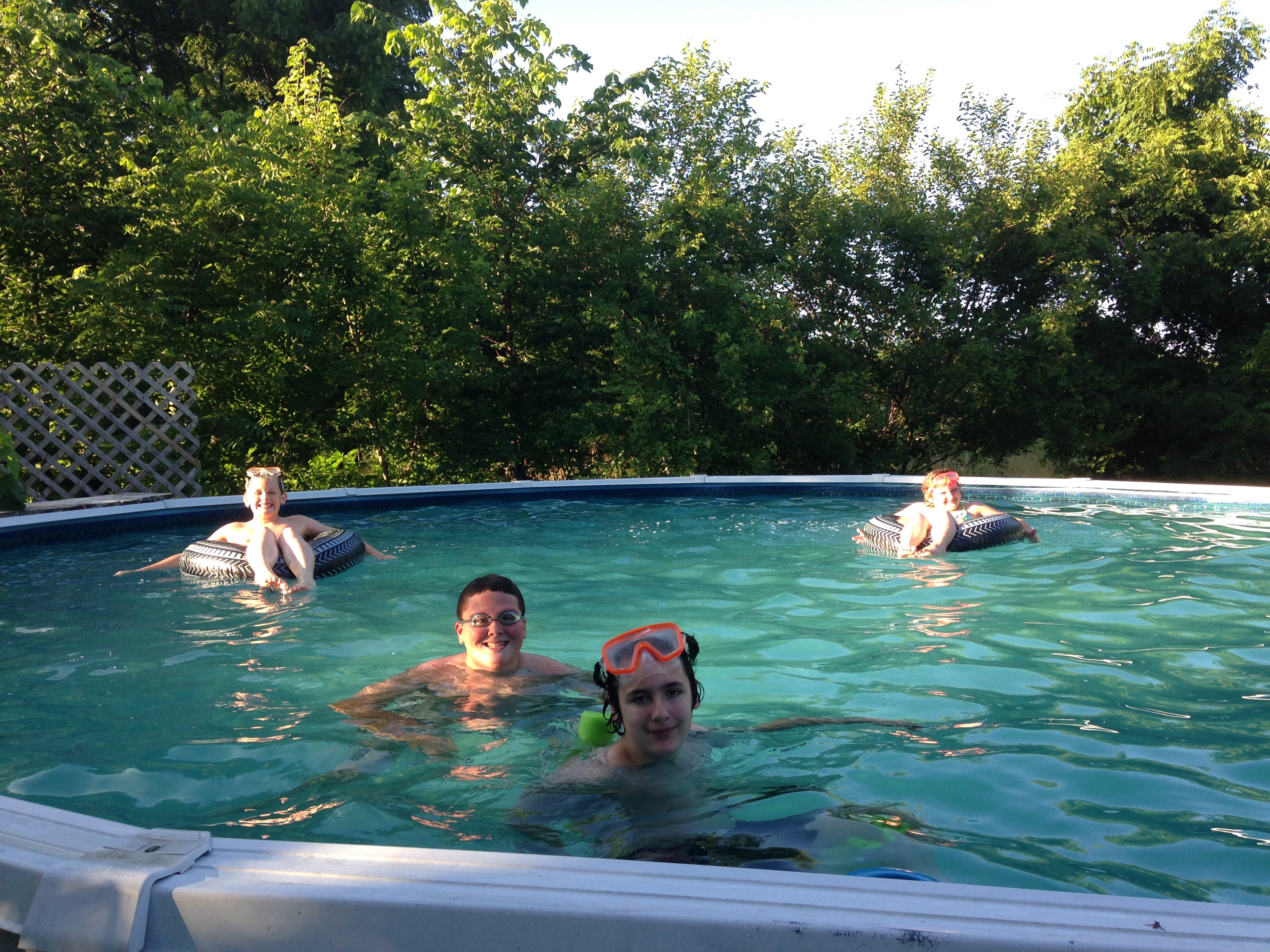 I have enjoyed walking around the yard and getting a few pictures of the flowers that are blooming today. 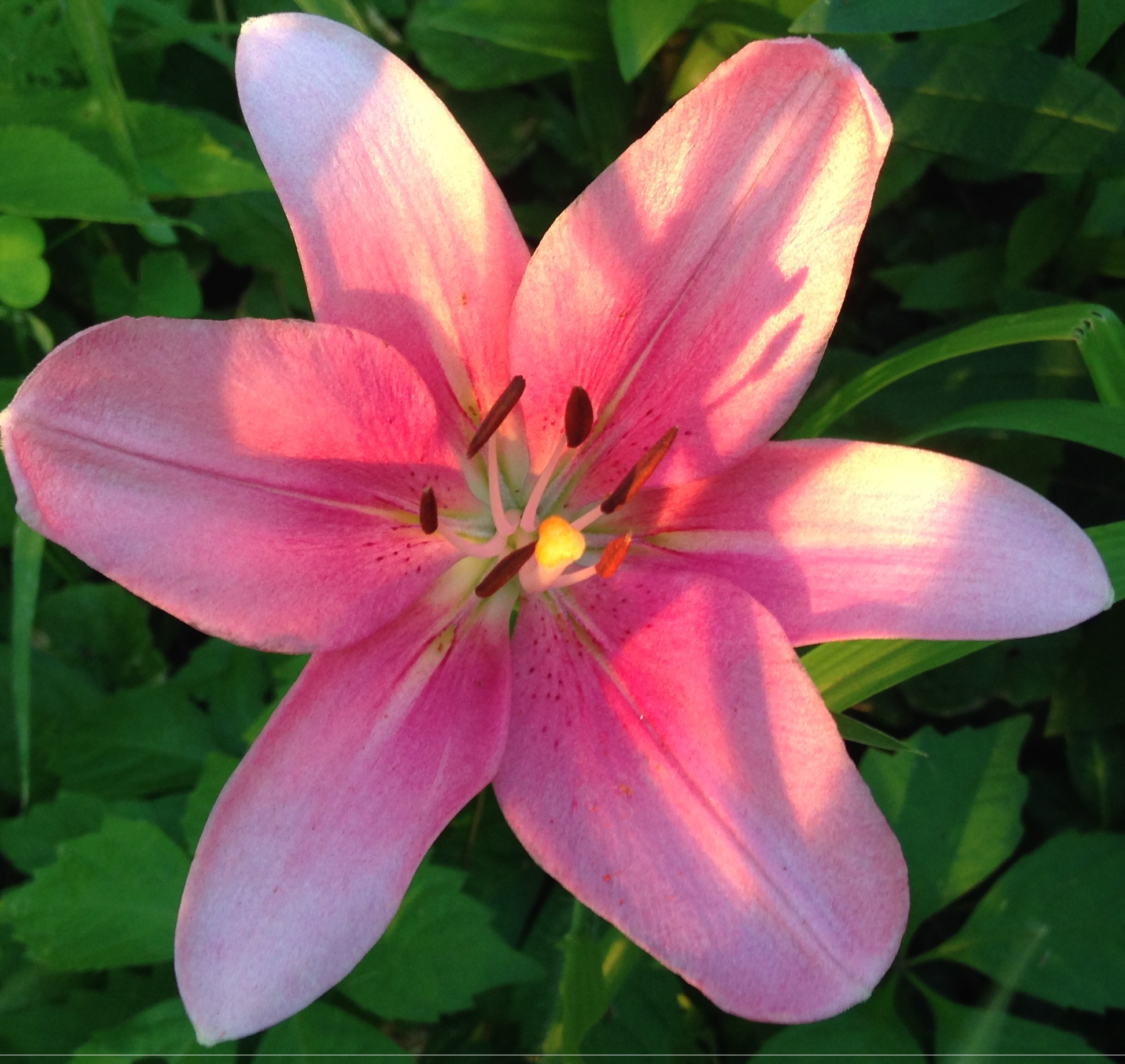 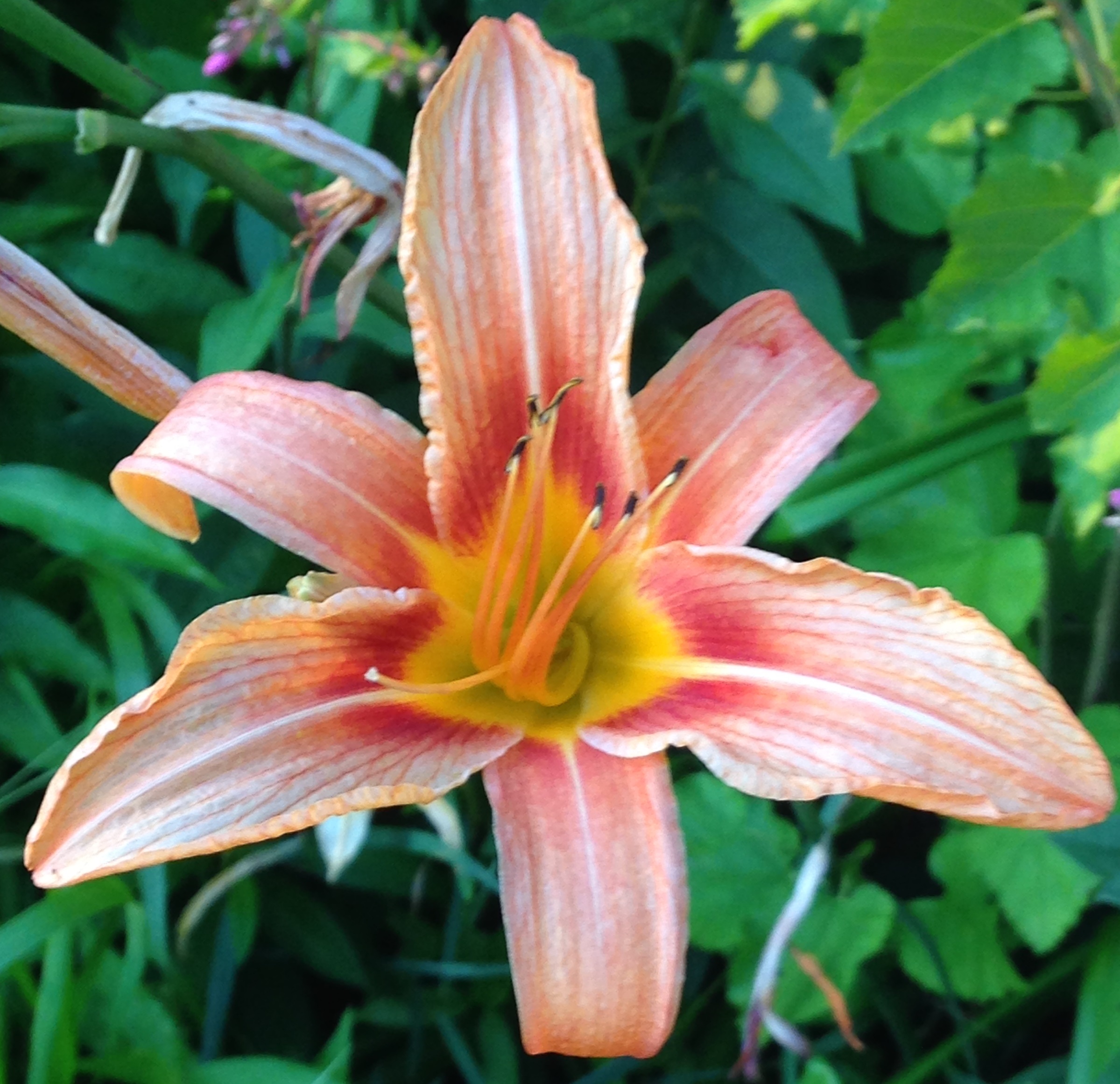 They explode with such beautiful colors. 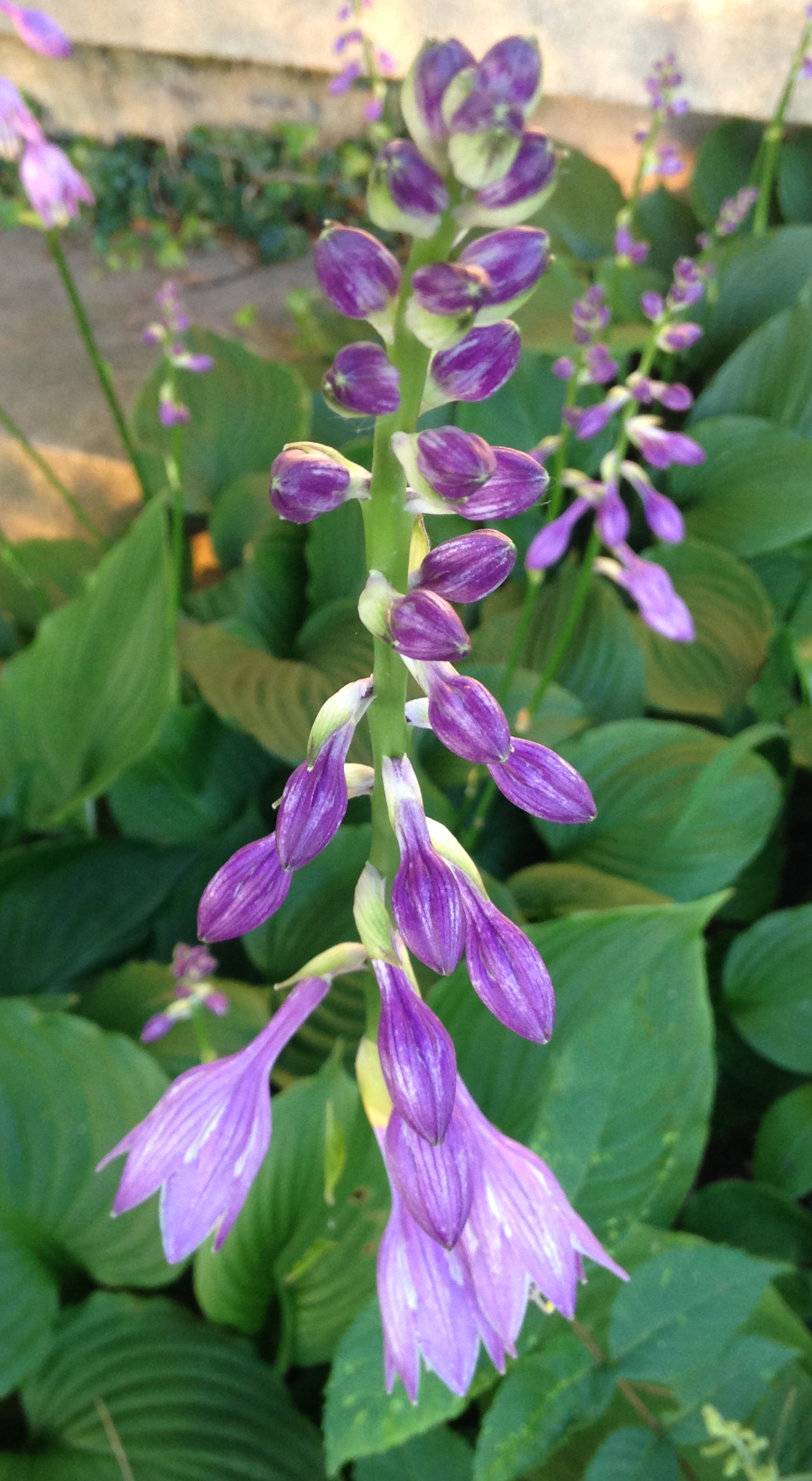 I wish they bloomed more than just a week or two, I wish I could enjoy them everyday all year long.  I love flowers! 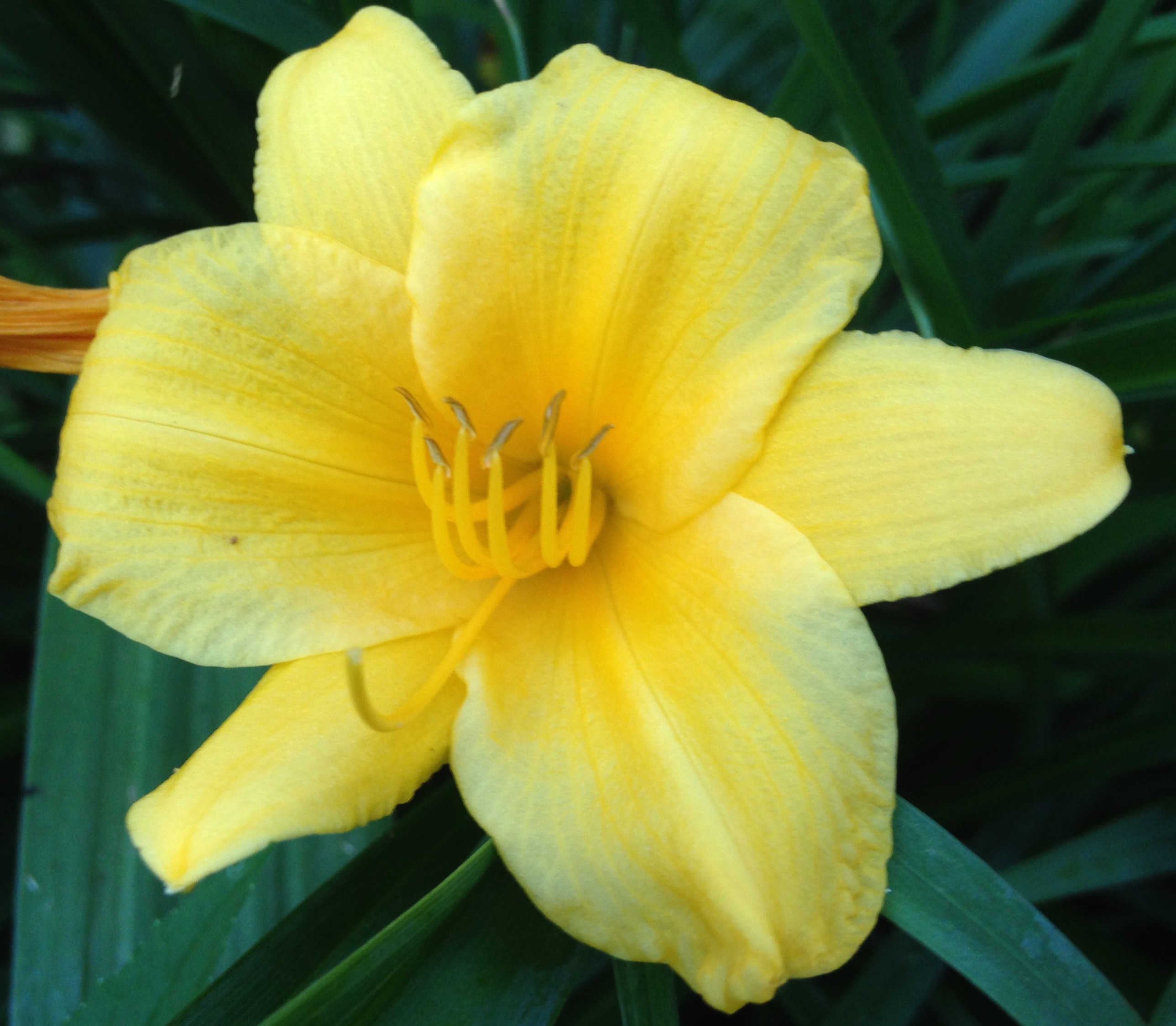 We hoped for clear skies, and very few mosquitos (please God), because we planned to let off a few fireworks, let the kids use sparklers, and watch other people’s fireworks that go really high in the night sky.

If the sky is clear we can see fireworks far off that are lit off by neighboring towns and not too distant neighbors.  This adds to our enjoyment of the holiday! 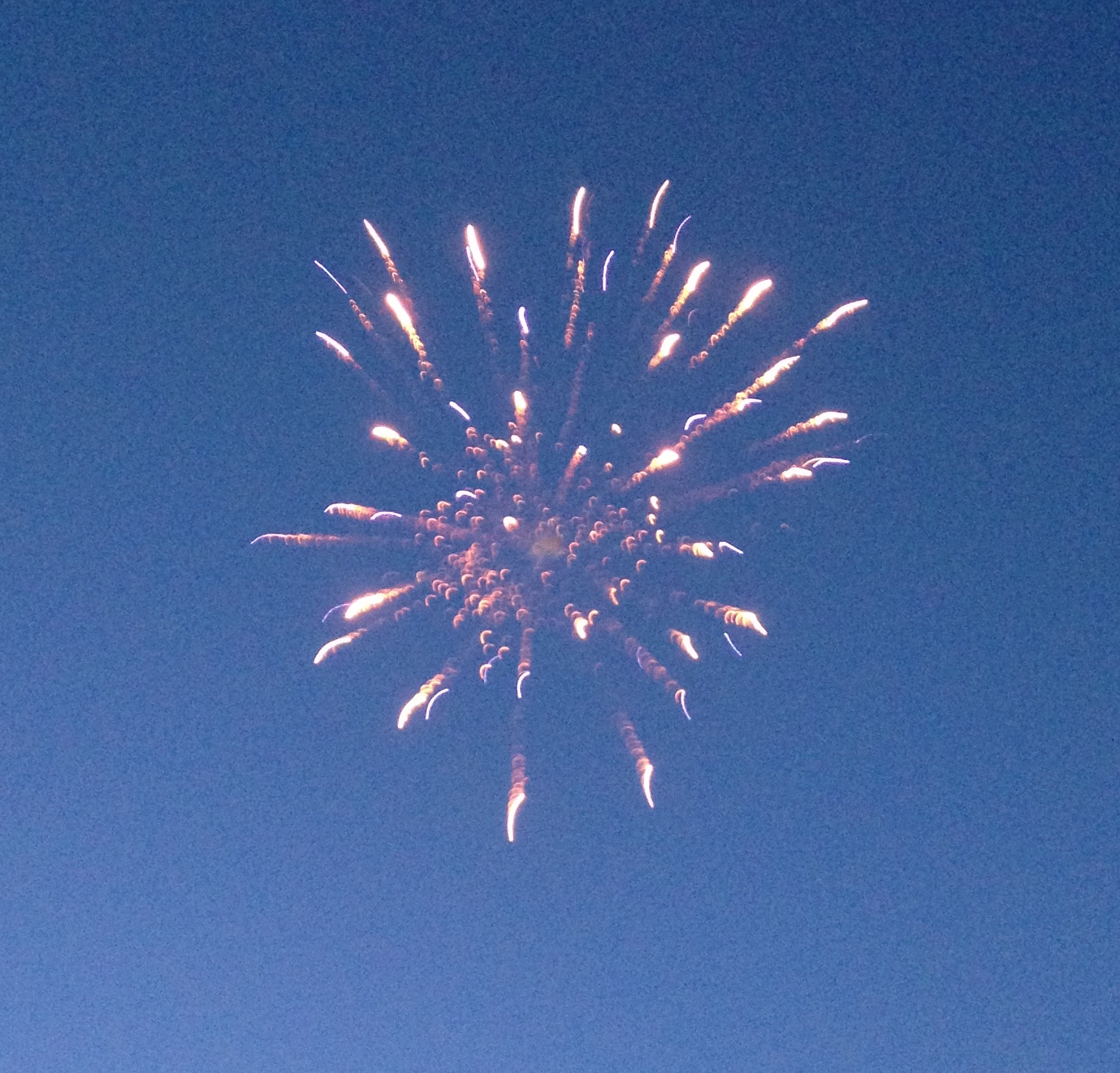 With so many young children in our family, we chose not to try to go out to town in the dark to watch fireworks, because it can be so busy with lots and lots of people.  It’s not the best scenario for younger kids, who already afraid of the big bangs, and explosions of fireworks. 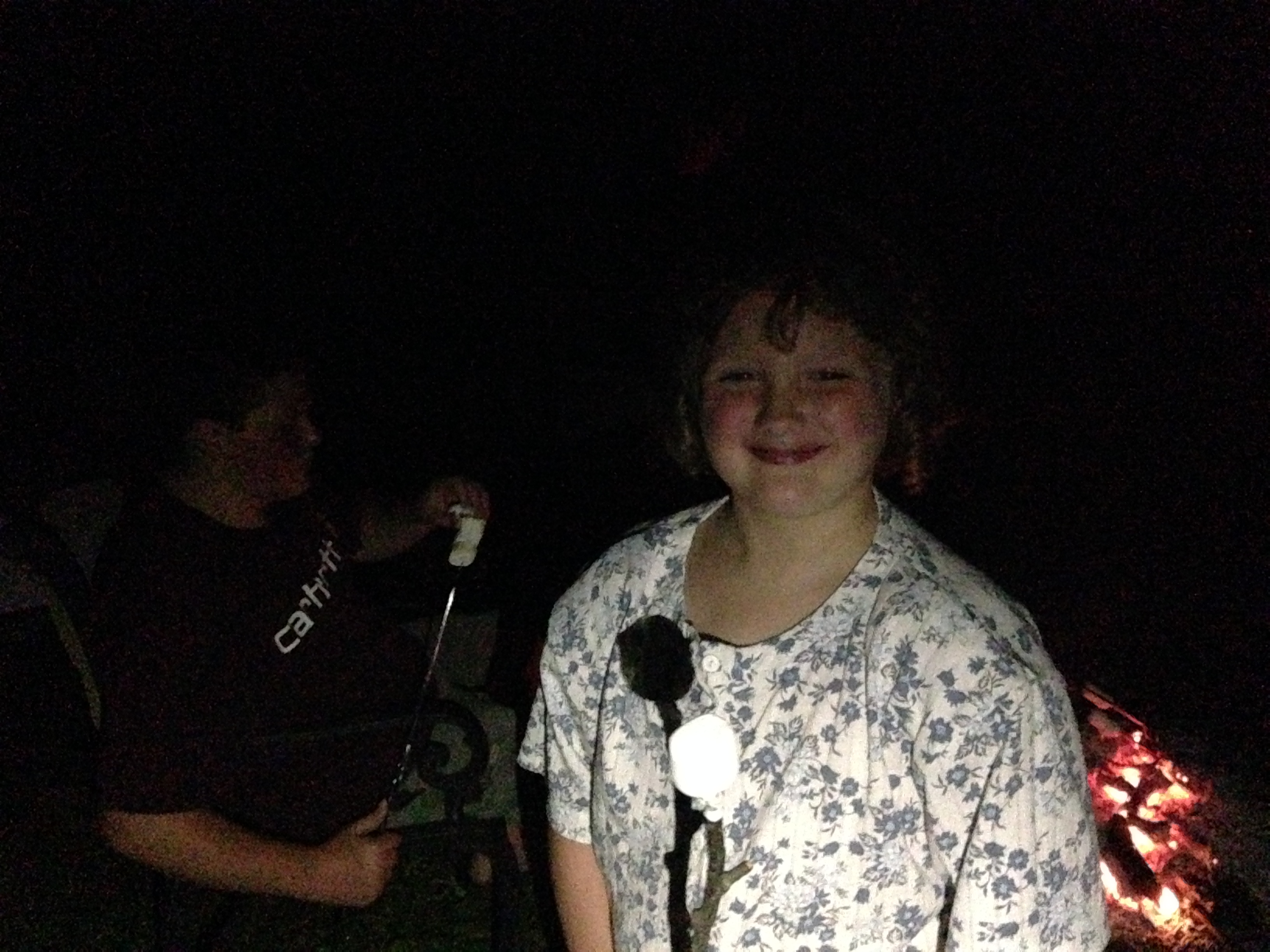 So to keep our sanity and help the younger kids not be afraid, we just planned an evening at home.  Perhaps we can join in on something bigger next year, but for this year we are content to enjoy our time together at home. 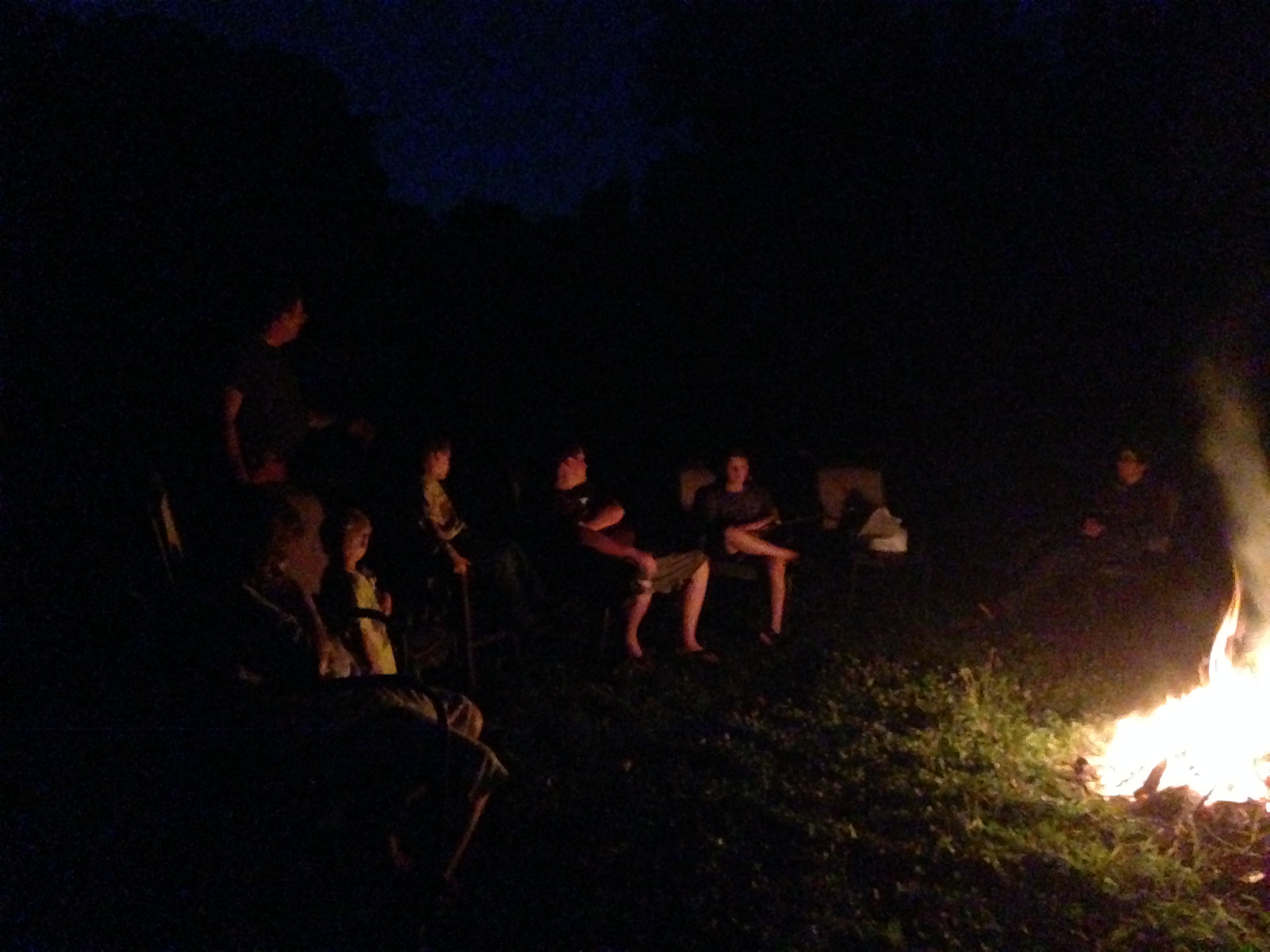 We built a bon fire, and enjoyed roasting marshmallows and making smores.  Thank you God for answering my prayer for no mosquitos and for clear skies.  It was so clear, we could count the stars.  The stars are like a nightime fireworks show in the sky every night, courtesy of our creator.   It was a beautiful summer night. The stars are so beautiful and watching them was the perfect way to end a wonderful day.

How did your July 4th holiday turn out?

We had a lot of excitement around here for the Fourth of July.  For the past few days, Dad took the kids to some firework dealers in NC, and in SC, to hunt for just the right snap, pop, screech and boom, and the kids had such a great time shopping for “this” and “that” to make it an extra special celebration.

We have talked about the July 4th being the birthday celebration of our country.  We have also learned a little about the history of fireworks.  Earlier today, my oldest son and I also watched a program on the history channel about how fireworks are made and took a virtual tour of a fireworks factory.  Then we learned how cities set up fireworks for the 4th celebration, and how they are connected to be ignited, and timing is controlled by a computer with special effects and music.   At the end of the night, we watched a program on the history of our country.  How we became a country and some of the inventions, wars, and culture that shaped who we are as a nation.  Wow, there is so much to learn about fireworks and about the history of the 4th of July and celebrate our heritage as a nation of people.

This year, rather than going out of town, or even down town to view fireworks, we decided to stay home and celebrate the 4th of July as a family.  The day was filled with lots of anticipation.  The children were thrilled when it was finally time to bring out the fireworks.

They spent some time SNAPPING! on the driveway while dad and our 7 year old son grilled burgers and hot dogs.  I got the other food ready in the kitchen, but had to come out and enjoy some of the snapping and popping and watch the kids enjoy the fun.

Yes, I know what you are thinking, “they need a new grill” and right you are!  We had a dandy grill on the farm in Indiana.  It was a big, stainless steel gas grill.  We could cook for a huge crowd on it.  But we couldn’t bring it with us when we moved 4 years ago.  It was very heavy, and we were out of space on our moving truck.  Unfortunately, we had to leave behind so many things that we enjoyed.

So when we arrived in NC, we bought this small grill to get us by until the time and finances allowed us to replace it.  It has been to the lake, the camp ground, and non stop use for 4 summers of grilling up yummy food.  The kids have ran into it with their bikes and broke the handle.  The paint burned off and the top is now rusted.  It has cooked food for lots of company and has been to two homeschool cook-outs too.

There is a very valuable job this grill has had.  It has been used to teach my three older sons (ages 7, 9, and 12) how to grill food, a very valuable life skill.  I can’t wait to share those pictures in a story about them learning this valuable skill.

I’ve gotten way behind on writing about our learning adventures.  If you can imagine I take up to 1,000 + pictures a week over the course of seven days, but only post about 20 or so of these pictures in three to four stories a week, so I am way behind! Sadly, now my camera needs replaced too.  Besides wearing it out with all these pictures, I fell in the rapids of a small river with it a few days ago, and it took on some water damage too.  It was such a beautiful day to explore and I tried getting an up-close picture of my son floating down stream when the current and slippery rocks ended my exploring adventure.  I am covered in bruises and my muscles are very stiff from the fall.  I taught a science class in the park a few days later and felt like I could barely move, and my camera wasn’t doing much better than me.  So you will see lots of water spots in this story and future stories until I am able to get a new camera.  I have entered a few contests to win a camera and a grill.  I sure hope I win! Wonder if they offer a contest for a new body too. I could sure use one of those too.  Hum, something to think about anyway!

For our supper, we enjoyed grilled burgers and hot dogs, potato salad, coleslaw, fresh raw vegetables (button mushrooms, carrots, cauliflower, broccoli, tomatoes), pickles and olives, and bbq chips.  For desert, we made ice cream sundaes.  It was a delicious 4th of July meal.

Then until dark we played basket ball, flew a remote controlled helicopter, rode bikes, and played frisbee, and popped some more snappers and fire crackers. The driveway and yard was a flutter of activity and lots of used paper wrappers covered the ground.

As night approached, the kids excitement grew.  Over the tree line, we could see and hear lots of fireworks from other families. All around us, the sky line lit up as the children would hear a BOOM! then a crackle…then ligh
ts in the sky.

Four years ago, we went back to Indiana and had a party with family and friends and a huge fireworks display.  Three years ago, we visited Johnson City,TN and enjoyed their fireworks display.  In the previous two years, my husband and older boys went to watch the fireworks in Hendersonville, NC and waited to set ours off until the following night.  I stayed home with the younger children and we watched the sky from our porch.  Even when Hendersonville relocated them last year due to construction we could still see them.   But not today.  It seems they may have re-positioned them in a different location again, further from our view, and we were not able to get a visual of them this time.  Thankfully, lots of neighbors let off some really pretty ones for an hour and we could enjoy those from our yard.

The kids truly were on the edges of their chairs and overflowing with joy to get to the bigger and brighter fireworks.  Dad helped each one of the older boys light their fireworks through out the night while the younger three children and I watched.  My camera caught a few of the exciting moments, but the majority of my pictures did not turn out.

Though we had lots of fun setting off fireworks in the night, by far the brightest light in the night sky was part of God’s creative fun, the moon and the stars.  Our “lights” lasted a few seconds, and then they were gone.  But the lights God created in the night sky shown bright all night as they have done through out history.


God said, “I command lights to appear in the sky and to separate day from night and to show the time for seasons, special days, and years.  I command them to shine on the earth.”  And that’s what happened.  God made two powerful lights, the brighter one to rule the day and the other  to rule the night.  He also made the stars.  Then God put these lights in the sky to shine on the earth, to rule day and night, and to separate light from darkness.  God looked at what he had done, and it was good”. Genesis 1: 14-18
The Bible, CEV.

This post will be linked up with:
No Time For Flash Cards
Raising Homemakers
Sharing Time
Feasting In Fellowship