Well my boys are reaching a milestone in their journey to manhood.  This winter they have been adventuring into the woods to practice survival skills they have learned.  The older three are 12, 14, and 16 and have been learning many survival skills over the past few years.  There is also a an 8 year old and 5 year old following in their foot steps.  They’ve learned how to pitch a tent, make fire, cook food, chop wood, use an ax, use a hatchet, make various knots, use tools, shoot bow and arrows, shoot a shot gun, butcher a deer, catch fish, and build a camp site. 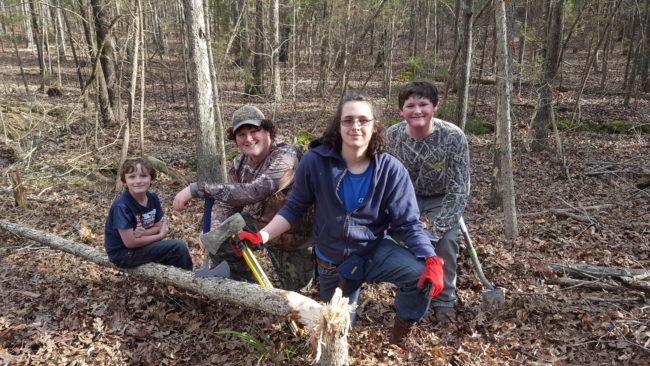 Though they all enjoy being outside, the 14 year old is the most outdoor loving fella of the older three and his passion for nature has inspired the others.  You just can’t hardly keep him indoors.  He decided a few weeks ago that he wanted to start his own You-tube channel with his brothers, and he is still toying with the idea of writing a website.  He would love to write reviews of outdoor gear and tools and trucks if the opportunity opens up.

The boys have tossed around a few different names like the Horseless Cowboys,  the Backyard Boys, and Boys In The Woods.  Not sure what the final name will be just yet, but they plan to document their adventures. Some of their adventures are “in the woods” and some are “in the backyard”. Our yard is surrounded by woods, where one ends the other begins.  We also live about 1 mile from a lake where we enjoy fishing and hiking and playing at the park.  Still working on the name.  They decided to do a series called “Backyard Camping”. 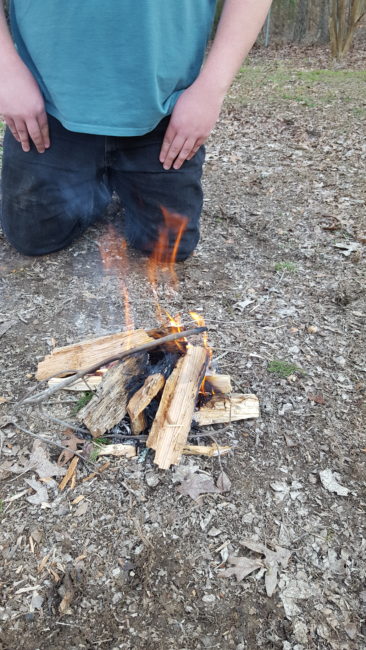 His first video was walking the woods to locate the fallen tree he heard crash during a storm.  It was a fun adventure as he came to various fallen trees spread throughout the 8 acres we live on.  He also crossed a small stream and checked water depth along the path after the storm. 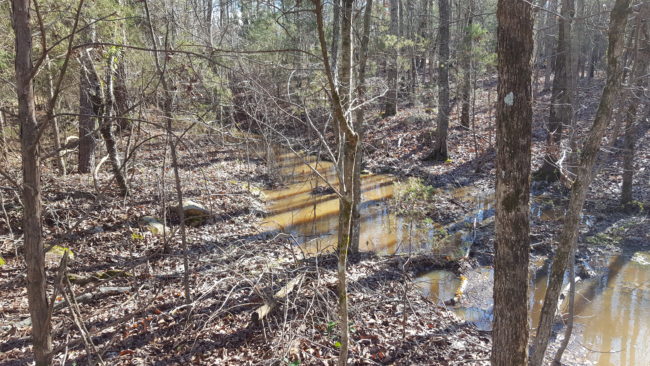 A few days later he went back into the woods to scout out a place for a camp site.  He found a couple locations he liked.  We went out and helped him clean up one of the locations, removing several layers of dead fallen leaves and some dead wood that was in the way. 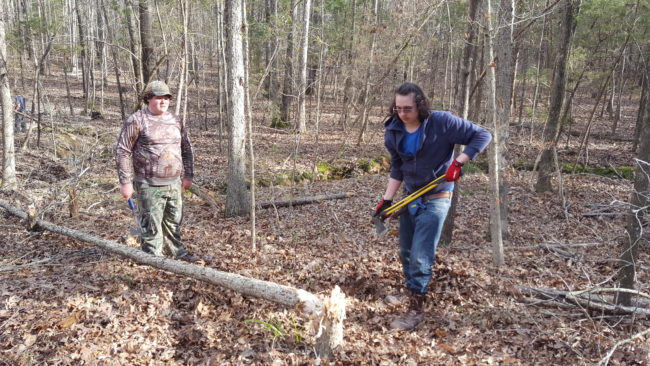 This particular location gets a few minutes of morning sunshine currently as there are no leaves on the trees yet this time of year.  We are not sure if it will get any sun once the leaves return as it is a densely wooded location.  We are concerned about having a camp fire in that location , so for now, he must use the grassy area of the backyard for his campfires where it is safer. That’s one of the reasons he dedicated the series to backyard camping to inspire other kids to get outside and camp in their yard too. 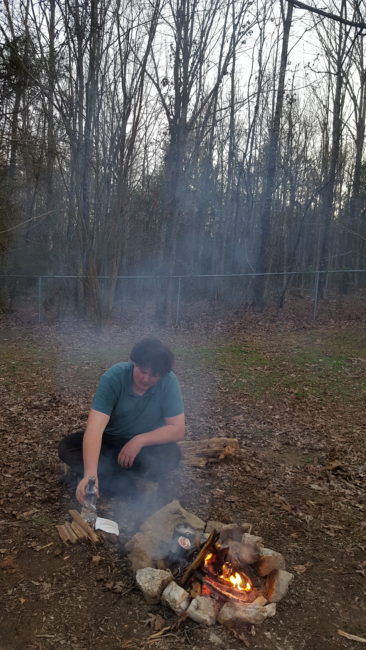 The next video he made was about making a small bait trap at a nearby lake.  We took the boys to the lake to fish and we were able to buy worms, but the bait shop was out of minnows. 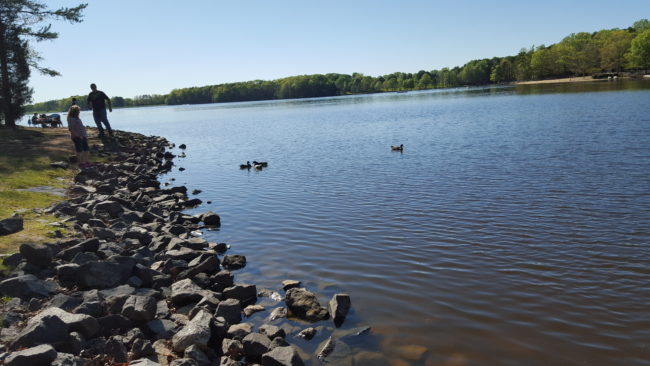 So he and his brother decided to catch their own minnows and small bait to fish.  They used a plastic bottle, pocket knife, a few rocks, a worm, and fishing line.  They created a trap to catch minnows and crawdads. 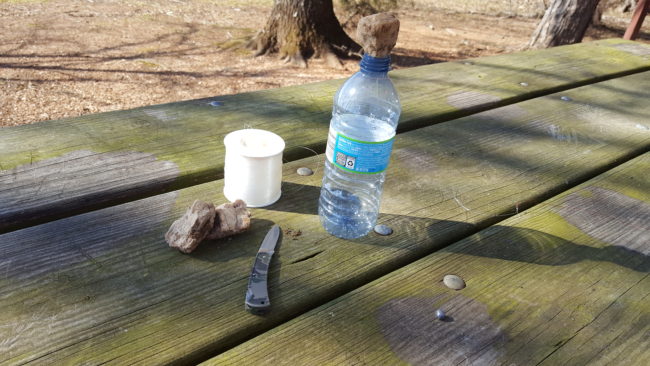 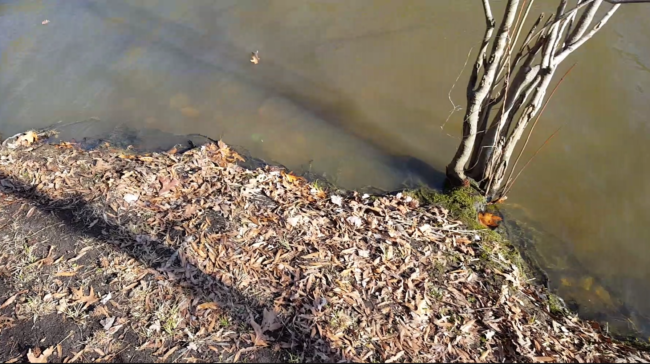 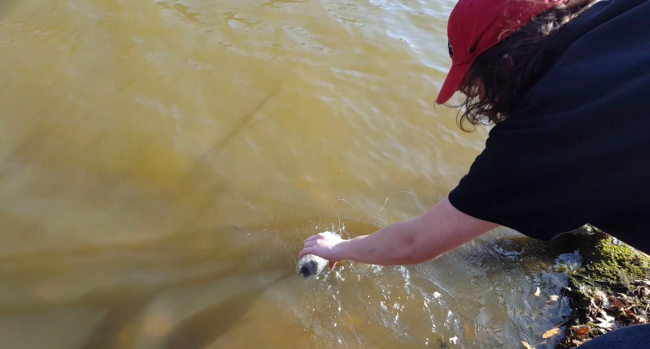 The next video he vlogged about making dry tinder to start a fire.  Then he showed how to use his striker and rod to create a spark to start the fire. 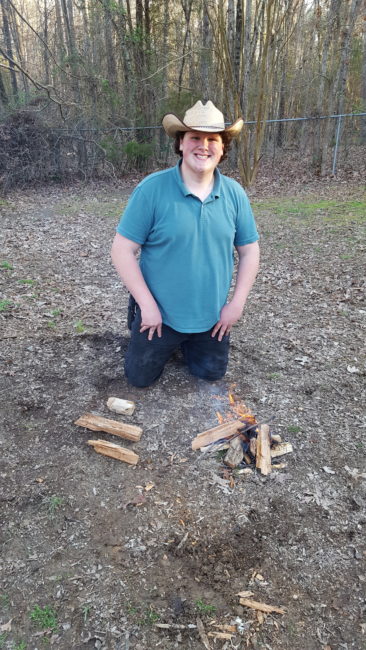 He built a spot to have a fire surrounded with rocks we have laying around in the woods.  They were very pretty rocks most of them being white quartz that is abundant everywhere.   Then he used his tinder and small branches and wood he chopped to create a camp fire.  Next on his camp fire embers he cooked his supper.  He cooked a can of beef noodle stew and boiled water in a steel cup to make chicken noodle soup. 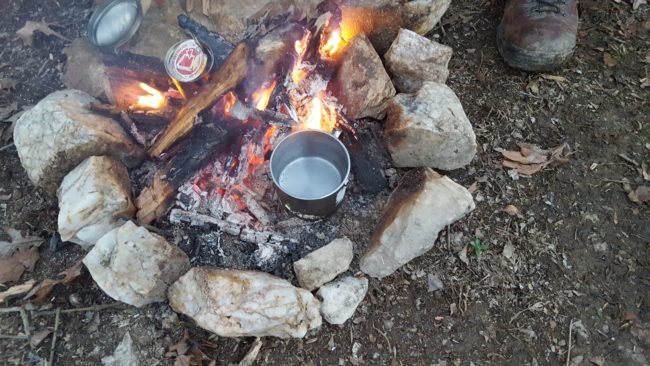 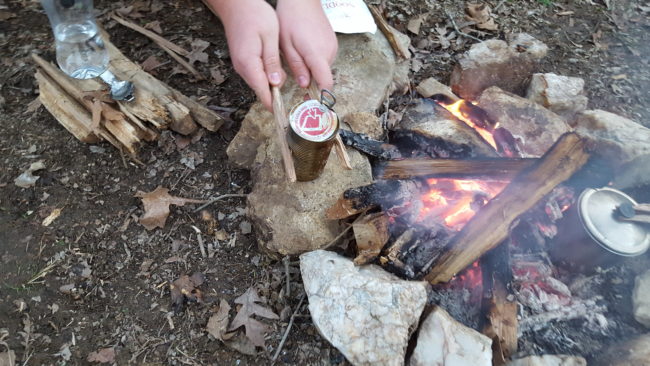 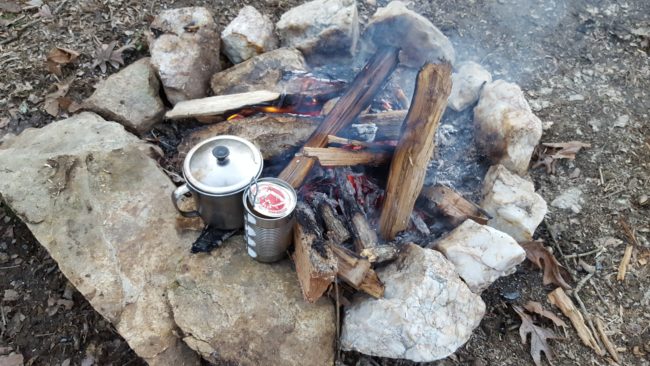 At the end of the day, these boys are learning and practicing great skills for their future.  They are looking forward to their next outdoor adventure in the woods.