We took a ride late one afternoon and treated our kids to some fun playtime at the park. 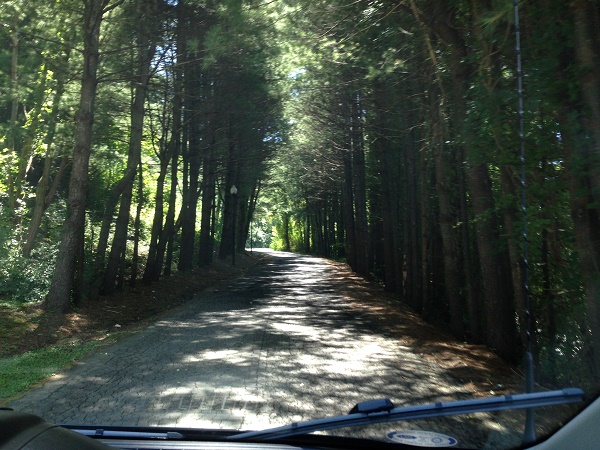 While driving home from the park, two of the kids had a squabble on the back seat.  As we were trying to talk them through it and get them to settle down, I noticed there was a man walking along the side of the highway.  As we approached him, I felt a nudge in my heart to pay attention to him.  But the squabble in the back continued and I felt distracted.

“But more than anything else, put God’s work first and do what he wants. Then the other things will be yours as well.”

I caught just a quick glimpse of him as we passed him. I wasn’t sure, but I thought his side profile looked elderly, and he was carrying two packs, maybe duffel bags or back packs, in his hands.  He looked tired and as if he could barely carry them, and as if his strength was giving out.  He was walking very slowly.  He was in the middle of a rural area of farms and at least 15 miles from town.   He was headed in the same direction as us, but it would take him a long time to get there and it was starting to get dark.

“With all your heart you must trust the Lord and not your own judgment. Always let him lead you, and he will clear the road for you to follow.”

I don’t know how far up ahead we had drove before we slowed down and turned around and headed back to pick him up. By the time we made it back to him, another vehicle was stopping to give him a ride.

I felt that the squabbling in the van had been a distraction from what was really important.  I was distracted from hearing what the Lord wanted us to do.  We had missed God’s divine appointment to help this elderly man get to his destination.

I knew without a doubt that God had a timing for this man to be picked up. It was as if he had been issued a “bus or taxi pass” for such and such a time at such and such a location.  He had caused us to be at the exact time and location to pick him up.  But I wasn’t listening close enough to hear that God wanted me to stop and get him and fulfill the “get a free ride pass” the Lord had issued him.  I was the taxi the Lord had sent him, and I missed the call.

Even though I realized the message moments later, I missed the divine appointment.   However, this man did not miss the appointment. God sent another laborer in my place.

“I pray that God will make you ready to obey him and that you will always be eager to do right. May Jesus help you do what pleases God. To Jesus Christ be glory forever and ever! Amen.”

May we always listen to the nudges God puts on our heart before we listen to anything else, and may we always be ready to do His good will.

May you be blessed!